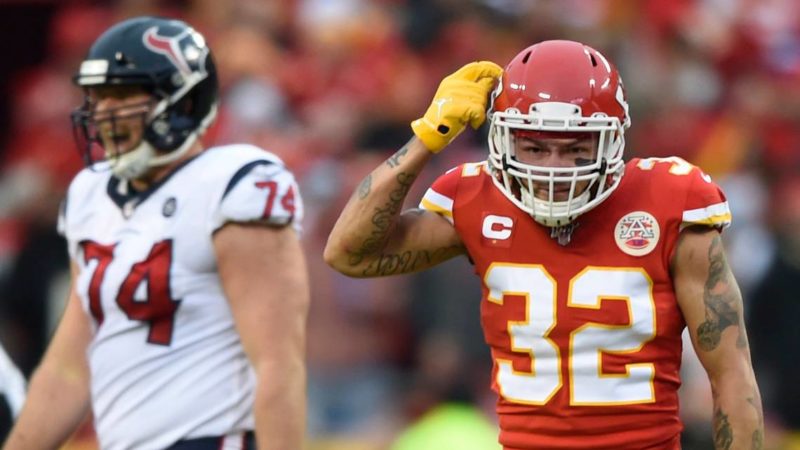 One of the biggest things I stressed as a coach and do now as a trainer is preparation.  Often times when players think about preparation,  they think about offseason work or preparing during the week for the game.  However,  preparation doesn’t just stop there.  Being prepared before the play also gives the maximum chance of being successful.

Here are 5 things a defensive back should know before the snap to be prepared for the play.

You would be surprised how many times a player lines up before the snap and doesn’t know the line to make for the first down.  It happens and in this day in age of hurry up offenses,  it can happen quite a bit.  Despite the offenses’ tactics,  it is essential as a DB that you know both the down and the distance.

Much of what an offense does is determined by what down and it is and how many yards are needed to get the first.  I would venture to say that everything they do is dependent on that but that’s not entirely true.  However,  you start this during practice.  Hopefully your team makes a note of what down and distance it is during your team and 7on7 sessions.  If they do not,  I would make that suggestion to the coach.  If this still does not happen then I suggest you use your imagination and make up a down and distance.  Anything to get you into the habit of making a note of it before the play.  Your film study should lead you to make reasonable conclusions about what play is coming based on the down and distance.

The next thing of importance is who is on the field for the offense.  Has the team come out in three tight ends,  five wide receivers,  two running backs?  This is important to know.  It means everything to your defensive coordinator as he uses that information to know who he wants to be on the field for the defense and then what play to call to stop what he thinks many be coming.  If it’s that important to your coordinator then it’s also important to you.

Not only should you make a note of who is on the field but you should note where they are aligned.  Did they align a guy that is normally outside in the slot?  That should give you a head’s up that something unusual may be coming.  Is the WR lined up in the backfield?  Did they bring the backup QB in as a WR.  You have to sniff out these things so you aren’t caught by surprised.

Offenses run plays out of formations.  The first thing called in the huddle is the formation.  To run the play they want to run,  they have to be in the right formation.  That’s so basic isn’t it?  Be honest with yourself and realize how many times you lined up and didn’t know the formation.  Now realize that you can never do that again.

Knowing the formation gives you the chance to eliminate possible plays and narrow in on what handful of possible plays may be coming.  It’s also not enough to just know if it’s doubles,  trips or empty.  It’s important to know who is lined up where and then notice the little things like the slot WR being lined up on the ball or the tight end lined up as a wing as opposed to on the line of scrimmage.  Formations are everything,  you simply can’t not know them before the snap.

Now that you have taken note of those three important things,  you can jump into the advanced stuff.  To run certain plays the way that they want to,  offenses must line players up in certain areas to effectively execute their plays.  Splits mean something.  Offenses are banking on you not noticing them.  Most offenses think the defense is dumb and won’t notice.  Make them the dummies by paying attention.

The splits determine the routes.  Every now and then the offense will try to fool you with a different split but the more they try to fool you,  the bigger the risk they run of not executing their play right.  Believe what you see when it comes to splits.   This also applies to slots and every other eligible receiver on the field (including backs).  A back aligned behind the tackle in a shotgun formation is likely releasing out into a pass route.  A running back aligned seven yards deep in the backfield is most likely going to get the ball on a run play.  Try to notice every little thing you can about positioning of players.  It will allow you to anticipate.

Here is one of the things I would constantly remind my defensive backs of when I was coaching.  Since motion by the offense can frequently lead to a change in coverage and or technique,  anticipating motion can prevent you from being surprised.  Surprise can lead to panic and panic is never good on a football field.

Obviously you need to know the coverage before the play.  However,  also anticipate motion and what the coverage may change to if that motion actually does occur.  Being prepared for that will allow you to stay calm and execute.  This is especially important for safeties as they are responsible for making coverage calls and checks.  As a safety,  you simply can’t get caught by surprise by motion.  Expect it and be ready to make the necessary coverage check.  The entire defense, especially the corners,  are dependent on you making those calls.

So there you have it.  Offseason preparation is important.  Game week preparation is essential but it’s all for naught if you aren’t adequately prepared before the ball is snapped each play in a game.  All of the things I mentioned above can be honed by doing it in practice and can only happen if you study enough film of your opponent.  So get your opponent on your screen right now.