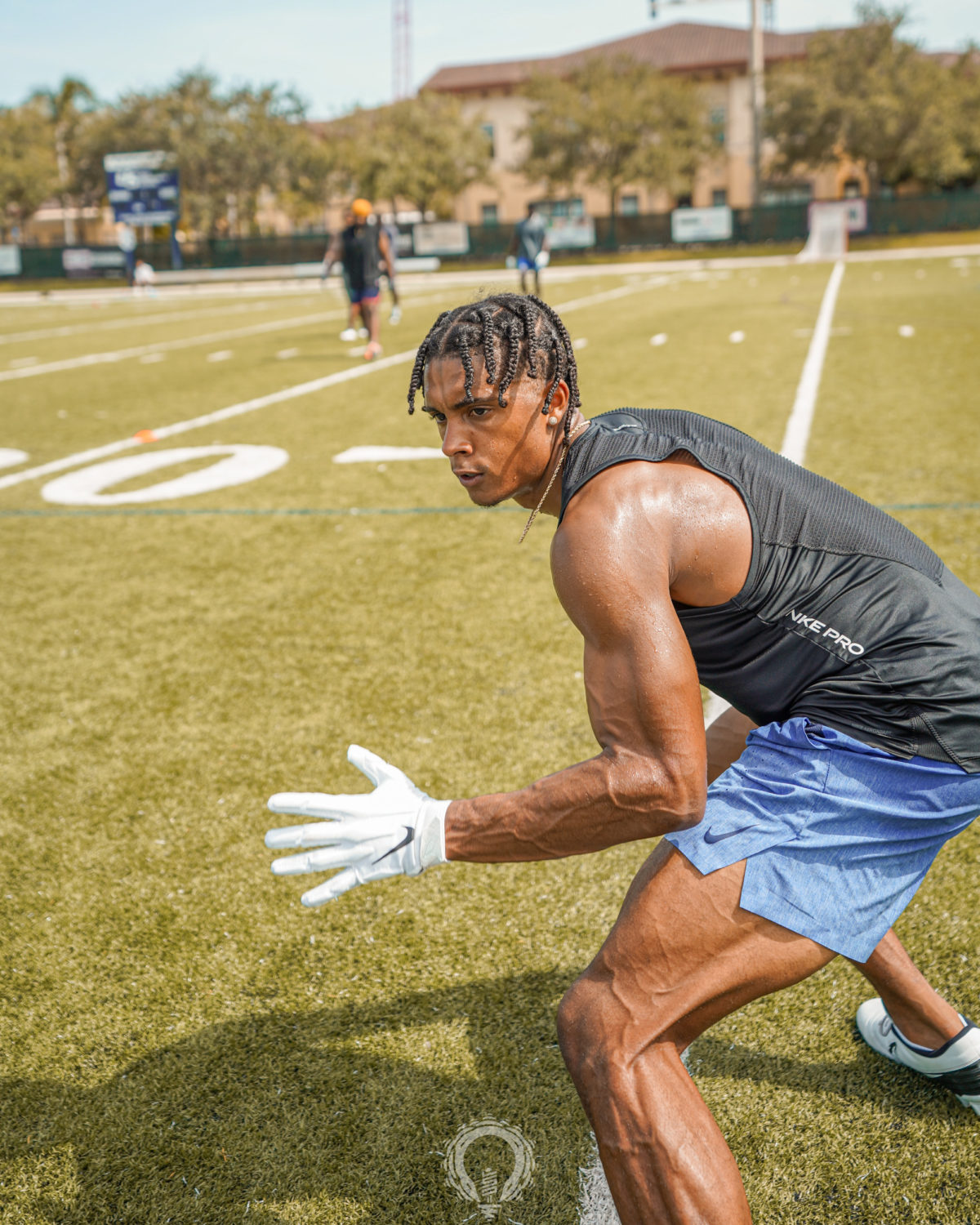 It has been a long off season.  One of the longest on record.  Many defensive backs have lost their spring training,  spring football or Offseason Training Activities (OTAs).  This has left many to be out on their own training themselves.  While doing so,  there’s one very important element that must be trained if you want to achieve success.

I have been asked many times how I came up with the name for my company.  As a young defensive back learning the game,  I studied myself often.  Why not take advantage of all that tape being used to film me at practice.  In doing so I started to learn something very important about me.  Coming from a soccer background,  I had pretty good feet when I started playing the game of football and ultimately defensive back.   Studying myself on film,  I would notice that my feet did what they were supposed to often but sometimes I would still be out of place.  As with all acquired knowledge,  the quest to solve this problem began with the question, “Why?”

As I continued to watch myself over and over,  I took my study from my feet to my upper body.  Observing that,  I realized that your upper body definitely play a part in what your feet are able to do but again,  my feet were not the problem so what else could it be?   My day of true discovery came when I started to focus on my eyes.  Of course I had coaches tell me “what are you looking at” but I never thought much about them saying that.  I thought it to just be the typical thing you yell as a coach when things don’t go as planned.  Sort of like “hit somebody!” being yelled by a coach after the running back rips off a long run.

In studying my eyes I found the true source of the problem when things went wrong.  I noticed my eyes drifting up at times when I was playing press,  I discovered my eyes looking at the quarterback when the wide receiver made his break.  I saw my eyes looking at the backfield action when I should have been looking at the guys who block to see where the ball was going.  Most of the time when I found myself out of place,  it was my eyes that led me down the wrong path.

So I had discovered the problem,  now what?   The problem with the eyes is this,  you can’t see your eyes.  It’s even harder to feel what your eyes are doing.  For all my discovery of my eyes being in the wrong place,  I simply could not remember them being in the wrong place during the rep.  When my feet were wrong I knew it instantly.  When I shot my hands to the wrong spot,  I knew it instantly but when my eyes went astray,  I often didn’t know it until I watched the film.

What does that mean for you?  That means that even when there is not a wide receiver in front of you, even when you are not in a 7on7 situation or a team drill situation,  be aware of your eyes.  As you are in your individual period doing your daily drills,  do not execute a drill without being aware of your eyes.  When there is no wide receiver in front of you,  make up one in your head.  Where there is no quarterback for you to read in your drill,  imagine one being there.  Make good eyes a habit.  Never do a drill just to do it with your eyes in the wrong spot.  For every time you do a drill looking in the wrong place,  you imprint the habit of bad eyes into your head.  Attempting to break that habit in competitive situations becomes harder.

You can’t play this game blind so more than anything else,  who and what you are looking at when you are on the field matters.  If you want to be great,  All Eyes need to be where they are supposed to be.