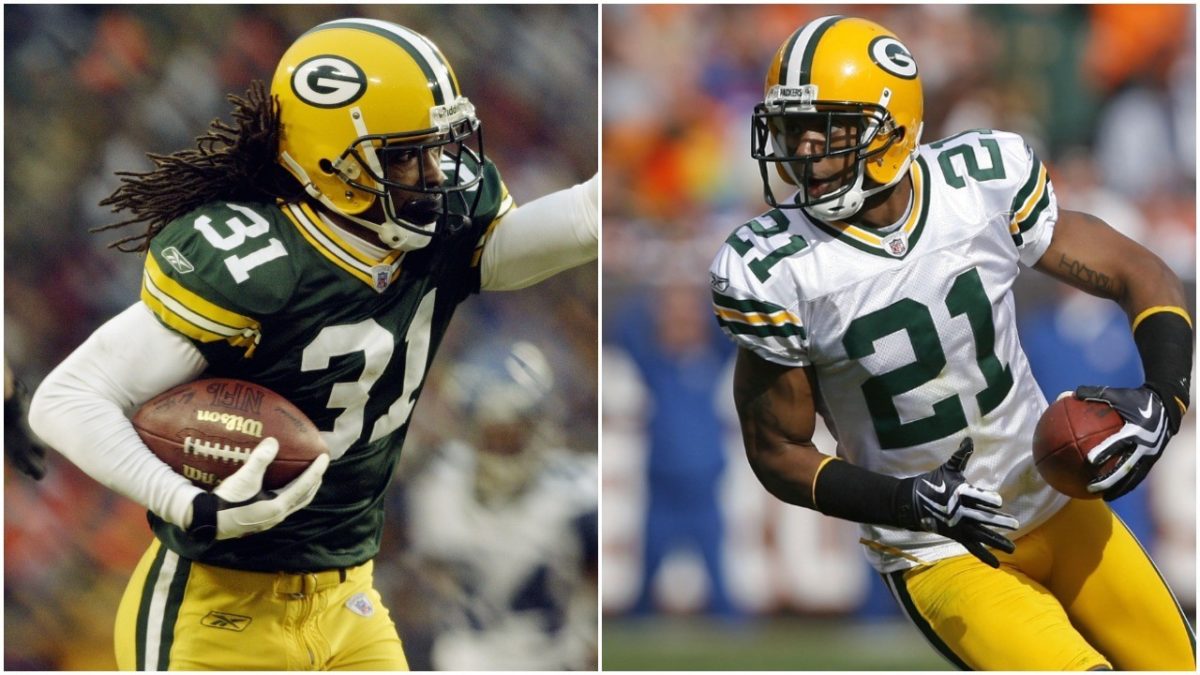 So you are young in the game of football or perhaps your coach has moved your over to the dark side (aka defense).  Perhaps you have been contemplating a move to the side of the ball where aggression is not frowned upon (also known as defense).  Your athletic traits say you should play in the secondary but where exactly?  This article will help you answer that question.

I know what you are thinking.  You are thinking this article is going to be about what physical traits matchup with each position.  Wrong.  There are  plenty of articles and videos out there about that topic written by amateurs and professionals alike.  What my experience as a coach has taught me is that whether you are a safety or a corner really has more to do with your mentality.  What part of the game and in particular playing defense,  really lights your fire.  When you have figured that out as a player,  you will likely make all the other things work.

There have been cornerbacks that have thrived at the position when they did not have the ideal speed or size.  Likewise for safeties.  What I have noticed for those guys has been an undying passion for what it is they do.  This is why I say that where your heart lies is where your feet should also.  With that being the case what are those mental attributes you need to examine to determine whether you are a corner or a safety?

Notice I didn’t ask if you if you like to tackle.  I asked you if you love it.  If you love tackling then most likely you are a safety.  Yes,  when playing defense,  everybody has to want to tackle but when it comes down to loving it,  that’s not most cornerbacks but it’s most likely most safeties.  When that 200+ lb. back comes roaring through the gap that the linebacker failed to fill,  it’s the safety who has to be there to get him on the ground and give the defense another chance.  To do that,  it’s best that you love tackling.  When wide receivers are feeling real comfortable running across the middle,  is your instinct to want to jump in front of them to bat the ball down or lower your shoulder into their ribs so they are less enthusiastic about bending a route into the middle of the field?  If your answer is the latter,  you might be a safety.

If the part of the game that excites you is lining up against another man play after play and keeping his hands off of the football then you might be a cornerback.  Some guys just love the feeling that gives them.  Some guys just thoroughly enjoy studying a guy’s every move and foiling his plans come game day.  If that’s you then corner may be where your passions will meet it’s purpose.  At safety you aren’t often put in that situation.  There may be times where you are called upon to match-up on a tight end all game because he’s a menace but by and large you are taking a view of the whole offensive unit and must divide your focus not only between a set of wide receivers and the quarterback but the other team’s ground game as well.  Following around a guy like you are on a FBI sting typically is a job for a cornerback.

If you play for me,  everyone has to get in their playbook and study film.  However,  just because I or a coach makes you do it,  doesn’t mean you will love it.  If studying playbooks and opposing offenses brings you immense joy then you might be a safety.  As I stated in the paragraph above,  safeties are responsible for dissecting an entire offense.  Everything from the split of the wide receivers to the alignment of the offensive line gives you clues about what is to come.  From your position directly in front of the offense,  you can observe all of those things and plan accordingly.  Safeties typically have one of the highest football IQs on the defense.  Cornerbacks typically just want to know what the coverage is and go about their business.

On good defenses,  everybody runs but nobody does more running than a cornerback.  This is especially so if your team is running a heavy press man scheme.  Press man means that you are running no matter what.  It can be a fullback dive and that miserable back up wide receiver is going to sell you on that go route that’s not coming.  Loving running doesn’t mean you have to be a track star.  It simply means that you don’t mind doing it play after play.  For cornerbacks,  there’s also nothing like that run play to the opposite side of the field that you have to go run down followed by a trip to the huddle to hear the call “Cover 1” come in for the next play.  When that happens,  you better love running because that’s what you will be doing.

Being a safety doesn’t mean you won’t run.  It doesn’t mean you don’t like to run but it does mean that you will do less of it than a corner.  From your position,  often in the middle of the field,  you are closer to the action.  You are also often looking in at the play and can throttle it down when the back is stopped cold at the line of scrimmage.  A corner in man coverage does not have that luxury.  I will say this,  if you don’t like running,  do not,  I repeat,  do not play corner.

(5)  Do You Love Communicating?

When I say communicating I am not talking about talking trash.  I mean do you like relaying information to others from things you observe.  One of the stark differences between corners and safeties is this component.  By and large cornerbacks find it hard to communicate formations, movements, etc. as they like to be locked in on the man or men that are lined up fairly close to them.  Safeties, on the other hand,  typically like seeing the formations, alignments, motions, etc. and communicating to the rest of the defense.  Safeties are in the advantageous position of being directly in front of the offense and yards back where they can see the total picture.  Being able to communicate what they are seeing is vital to a defenses’ ability to stop a play.  If you enjoy this part of the game then you are more of a safety than you are a corner.

As I have stated with each of these questions,  they are all important to every position in the secondary.  However,  whether or not you love it will determine where you might excel playing defensive back.  If having perfect technique is something that you strive for then you might be a cornerback.  Cornerback is a more technical position than is safety.   When you are lined up in front of a wide receiver playing man to man as corners often are then it’s basically a battle of techniques.  A slip in your form for even a second and you can find yourself on the wrong side of a long touchdown pass.

On the flip side,  a safety with strong technique will excel but things aren’t as urgent for them where technique is concerned.  An extra step in making a turn or a delay in reacting to a move by the offense and there is time to make it up.  That is less so for the guys on the edges playing closer to the wide outs.  If being obsessed about where your eyes are,  what your feet are doing and where your hands are placed is what drives you to play the game then you might be a cornerback.

There you have it.  As I have said before in posts on this website,  80% of this game is mental.  So with that in mind,  whether or not you are a safety or a corner has more to do with your mental approach as opposed to your physical traits.  When you love something,  you will be surprised at the lengths you will go to in making it happen.  If you can truly answer yes to all of the questions I asked in this article then congratulations you are either an A1 player or on your way to being an A1 player that can line up at safety or corner.  Now you can start taking assessment of what your physical traits may be and how they matchup with the duties of either position.