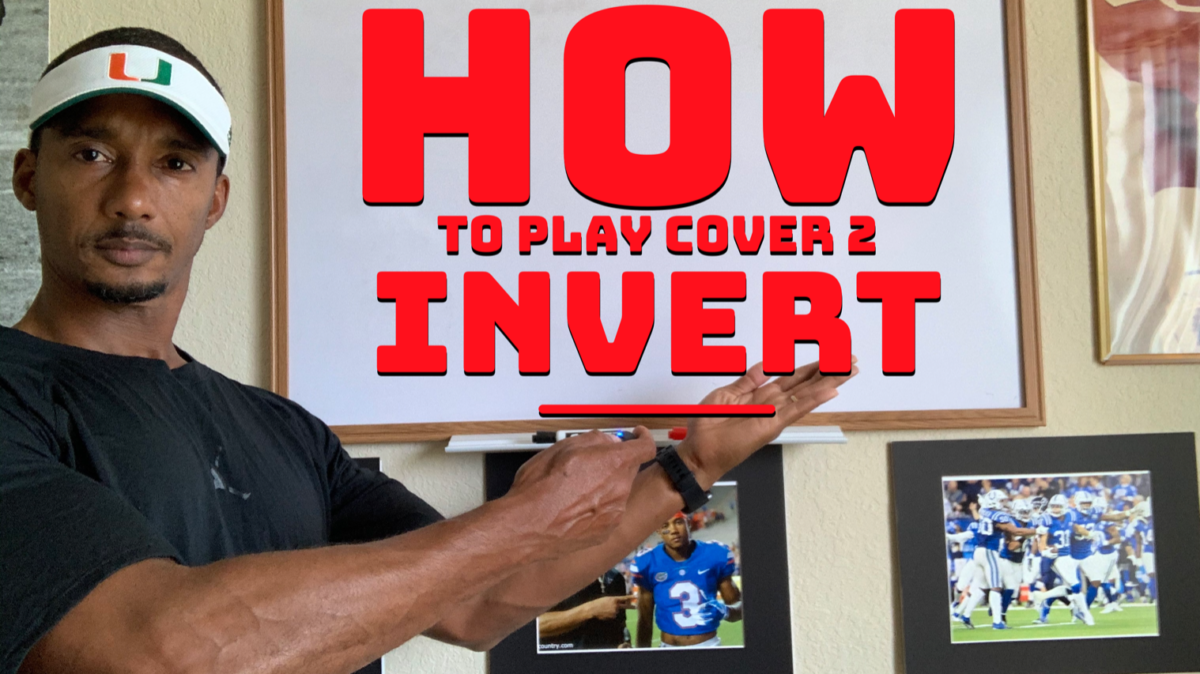 We’ve all heard of Cover 2 as well as 2 man.  Those are common coverages when playing with a 2 high safety defensive scheme.  However,  there are some change ups that you can put on that common Cover 2 and today we will talk about one them called 2 Invert.

In the video at the end of this post,  I go into detail about the coverage in a white board segment that breaks down the responsibilities for everyone in coverage.  In it’s simplest form though,  2 Invert basically involves a change in responsibilities between the cornerbacks and safeties.

The safeties can line up in their normal cover 2 alignment on each hash.  Perhaps they can align a little more shallow than normal at 10-12 yards which would be more similar to a Cover 4 alignment.  Upon the snap,  the safeties move down into the flat area to defend any routes moving into that area.

The cornerbacks who are normally responsible for routes in the flat in Cover 2 will now replace the safeties.  Prior to the snap,  the cornerbacks will retreat back and slightly in.  Upon the snap they get to the hashes and cover 1/2 of the field the way a safety would in Cover 2.

The responsibilities of the other underneath defenders (linebackers and / or nickel-dime backs) pretty much remains the same.  For diagrams and more detail on the responsibilities,  check out the video below from my YouTube Channel.

Any questions or feedback,  feel free to reach out to me via email: cwilson@alleyesdbcamp.com