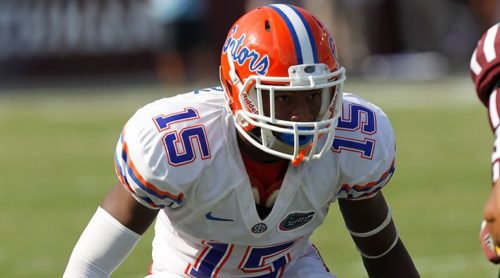 You don’t know how many times I get this message in my DM’s on my Instagram account: ” Coach I just moved to DB,  any tips?”  So let me answer this questions once and for all.   If you are moving or just got moved to defensive back,  here are four things you will need to be a success.

You are scared to death,  you don’t know what you are doing so you will be hesitant when you first get on the field at your new position.  Confidence eliminates hesitation and confidence comes with knowledge.   Have you ever watched a game show where the contestants have to buzz in first to give their answer?  Usually the person who buzzes in first is the person who immediately has the correct answer in their head.

On the football field as a defensive back,  you are a game show contestant.  The offense is going to ask you some questions with their formations, alignments and personnel.  Add to that the questions your own team has with regards to the defense you are in and the assignments.  The faster you have the answers about what is coming and what you are supposed to do,  the faster your feet are going to “buzz in”.

A game show contestant either studied hard for their performance or has acquired a wealth of knowledge over their life span before they go on the show.  You will bring some knowledge to defensive back from your previous position but the rest you will have to study up for and I do mean study up.  You are behind everyone else who has already been playing defensive back. First,  go hard at your team’s playbook.  Take sharp notes and study them every chance you get.  The better you know the defense,  the faster you will move.  Once you have mastered your playbook,  study offenses.  The quicker you can identify what they are doing,  the faster you can react to it.  All of this happens when you study and acquire knowledge.

Even the greatest defense does not always stop the ball from going into the hands of the intended carrier.  With that being the case,  once the ball safely reaches it’s destination,  the ball carrier must be tackled or points are going to get put up on the board.

When you first move to defensive back,  your coverage skills are probably not going to be at their best.  This means that receivers will likely catch balls on you.  You can not compound that problem by also missing the tackle on the WRs after they catch it.  That will result in a lot of time on the bench or a move back over to offense.

If you want to be a successful defensive back,  then spend the extra time working on your tackling.  Study effective techniques and hitting the bags. Tackling is one part technique and the other part desire.  You either have that desire or you don’t but the technique can be learned and perfected.  It will take a little bit of your extra time and effort to get there.  Don’t forget to work on the tackling part.  All of the glamour and glory at defensive back is put into who can cover but if you want to be a real asset to your team,  learn how to be best at what defenders do most and that is tackle.

There is no footwork in football like a defensive back’s.  Outside of a left or right tackle pass blocking,  no one else on the team is really expected to go backwards with as much proficiency.  Not only going backwards but mirroring a quick WR that knows where he’s going is a challenge in and of itself.  Having the knowledge as I said in the beginning of this article will help but you still won’t get there if you don’t have the footwork.

The best way to get good at DB footwork is to do DB drills.  IN this day in age,  you will see a lot of gimmicks being taught to get you good footwork over night.  That might range from an over indulgence in ladder drills to beach workouts seven days a week.  Neither of those things in mass quantities will get you where you want to go.  In fact,  they can slow your ability to have good footwork.

Simply do DB drills on a game type surface (grass or field turf) as much as possible.  With each rep and session,  strive to perfect a core base of drills like back pedaling, weaving, flipping your hips and shuffling.  Developing a solid foundation with those key movements will allow you to quickly pick up any other advanced movements a particular DB coach may be trying to teach you.  Check out my Masters of the Basics DB Drills – Part I for a great line up of drills you MUST master if you are going to be a great DB.  Practicing those drills over and over on a game surface may be boring but only if you are not interested in greatness.  The great ones never get bored with the basics.  You can also sign up as a member of the All Eyes DB Camp site to catch Parts II and III of the Masters of the Basics series to see some of the other drills that will fast track you to having solid DB footwork.

If you are coming over from offense and wide receiver in particular,  then you should already have ball skills.  If they kicked you off of offense because you can’t catch then don’t think it’s ok to bring the brick house to the defense. There’s nothing worse than doing everything right to get into great position and not cash in because you can’t grab a hold of the pigskin.

Don’t ignore your ball skills.  Spend some time catching the football especially if you moved from linebacker where you didn’t drill it as much.  Work on your hand eye coordination.  Especially work on tracking deep balls and catching them.  At defensive back you will be distracted while defending a deep ball.  You will often start off with your back to the ball and often won’t see it thrown.  This means that you have to catch enough balls to not panic when you see it as it is almost at your hands.  The more balls you catch in practice,  the more confident you will be when it comes your way in the game.

So there you have it.  Those are the most important things you will need when you make the switch from whatever meaningless other position you were playing on the field.  Because we all know that there’s nothing like playing DB.  Now get to work on all these things so you can be an All American.