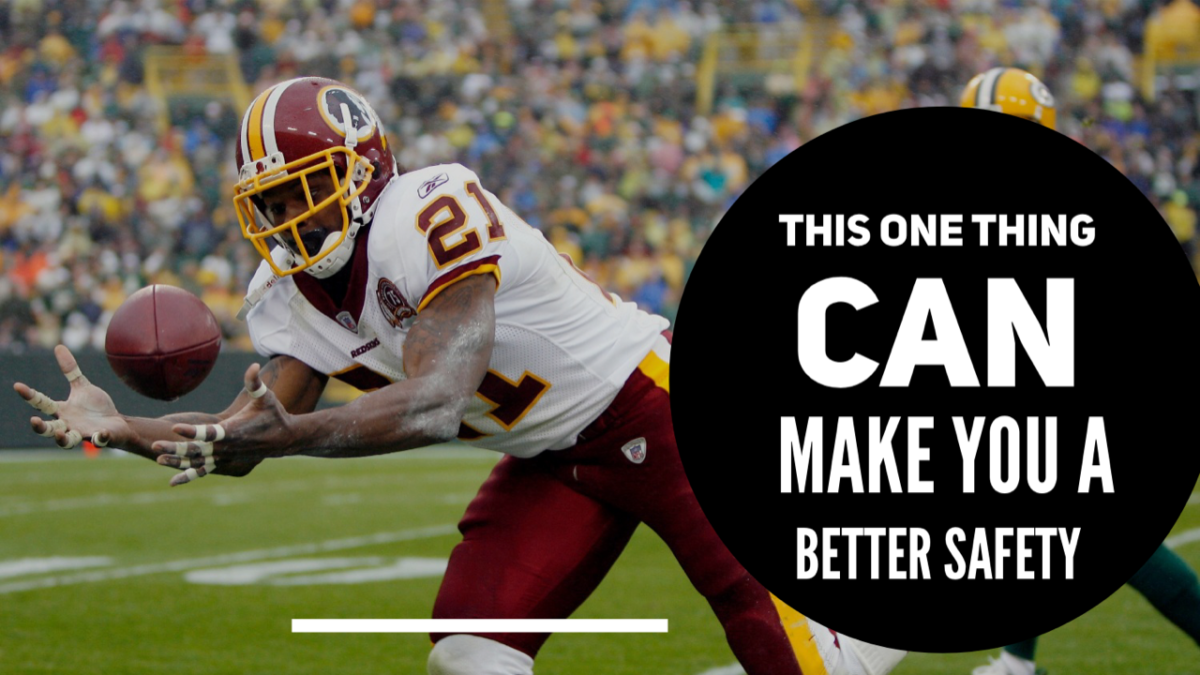 For the casual observer of the game of football and defense in particular, playing safety is easy. When folks compare what appears to be the job of a safety to that of a corner, the instant feeling is that it seems way easier than life on the island. I am here to tell you that it is not.

However, the purpose of this article is not to compare the two positions. For now just take my word on it when I say both positions are tough as hell to play especially in this day of age where everything, including the rules, are geared towards more offensive production.

What I will address in this article is one aspect of playing safety that many playing the position, including young ones, tend to neglect. That aspect is taking the proper angles. Many times, I see safeties getting wrapped up in what is happening in the backfield or directly in front of them and put themselves at a disadvantage when it comes time to execute their assignment.

One of the biggest places where this shows up is when playing coverages that require a safety to play deep like Covers 1, 3, 2 and 2 man. Focusing on Covers 2 and 2 man, it is important that safeties playing these coverages get depth on the hash when the ball is hiked so that in the event that a medium or deep pass is thrown, they are coming downhill or at worst, lateral to the thrown football to make a play. This seems elementary to most but here’s what happens.

Whether your defense requires you to read the release of the wide receivers or key the quarterback, many safeties get too distracted by what is happening and allow the action to slow down their pedal. When this happens, the safety fails to get the proper depth and then they are put at a disadvantage when the ball is thrown. Either their lack of depth now requires them to turn their back and run to the thrown ball or their angle to a medium throw is not what it should be and they have trouble defending the pass.

The trick in cover 2 and 2 man is to get enough depth to keep the routes being run underneath you and not allow them to get beyond your peripheral vision. Your peripheral vision is the part where you can see things out of the corner of your eye. If you allow the routes to close in on you too fast you will lose sight of one or more of the wide receivers. It’s almost like watching TV and having someone walk off the screen. If you can’t see them, you have no idea what they are doing.

When the safety loses vision of the wide receiver, he will then feel the pressure to open up towards that receiver. This opens him up to disregarding another route he may be responsible for. Often times this is all the quarterback is waiting for to make his throw. You open up left and he throws to right. If you are able to stay square longer on the hash then he has to hold the football and guess what you would do. The longer he holds the ball, the better chance the pass rush has to get to him and the longer the throw he has to make. The longer the throw, the more chance it would be off the mark and fall into your hands.

The same falls true for Covers 1 and 3 as a free safety as it requires you to have a deep middle of the field. Getting your proper depth there allows all the routes to stay in front of your and in your view. Now when the ball is thrown, you can take a more solid angle towards the ball to make a play on it.

So as you are practicing and playing coverages that require you to be deep, focus on doing just that. Get your depth in these coverages and watch how much easier it is for you to move towards the thrown passes and make plays. This will work. I guarantee it.