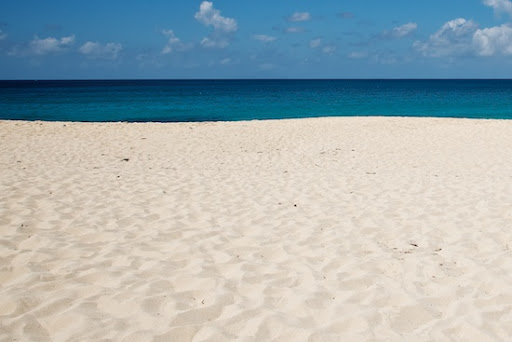 In this social media era where everything is filmed and posted for public consumption,  athletes and especially football players,  search for new ways to challenge their bodies.  Some do it for righteous reasons like preparing for the season.  Others do it for the clout which is the same as cold hard cash these days.

When it comes to defensive backs,  the question becomes “is beach training good for you or not?”  The answer is it depends.  We all seek absolutes in life and I’d love to be able to give you one here but the true answer I must stick to is that it depends.

What does it depend on?  It depends on how you are going to use that beach workout.  If you are going to go to the beach and do defensive back drills,  I am here to tell you that it will do more harm than good.  The sand’s soft surface calls for major compensation from other body parts to move from area to area.  While the recruitment of new and more muscles is generally regarded as a good thing in certain types of athletic training,  it is not when it comes to defensive back footwork training.

Defensive backs must move in definitive yet unnatural ways.  One of the keys to mastering the position is by being efficient in the execution of your technique.  Nothing can disturb your efficiency like training on sand.  Mastering the moves of defensive back require very detailed coordination of both the feet and hands.  When an athlete is placed on an unstable surface,  the details goes awry.  Soon rigorous arm movements,  excessive leaning of the torso and overstepping become enticing to the brain as tools for overcoming the surface.  This leads to inefficient moves not consistent with what is necessary to excel on the natural playing surface (field turf & grass).  Do this enough and bad habits get imprinted in your movement DNA.  There’s noting worse and more time consuming than having to unlearn bad habits before picking up good ones.

The keys to mastering defensive back are so minute that it doesn’t serve your best interest to practice them wrong once you have learned the right way.  Every wrong rep leads to a learned behavior that springs up on a crucial 3rd down play in a game when the pressure is on.

So when is a beach workout a good thing?  A beach workout is a good thing for a defensive back when you are just looking to break a bit of the routine that you’ve been in while training.  If you want to occasionally toss in a beach day as a change up every month or two months,  go ahead.  It may revive you for the return back to the normal workouts.

During that random beach workout day,  I highly recommend that you keep it to non-defensive back drills.  The sandy surface can do a good job in developing some key muscles needed for speed and agility when used in moderation.  Stick to sprinting and general agility drills like shuttle runs or ladder drills.  These things will serve to strengthen those key muscles and provide cardio-vascular work.  Stay away from back pedaling,  getting out of breaks and flipping your hips.  Don’t get fooled into thinking because you got tired quicker doing it on sand that you helped yourself become more efficient.  You will find all the rest you need on the bench when you start falling down on game day using improper mechanics.