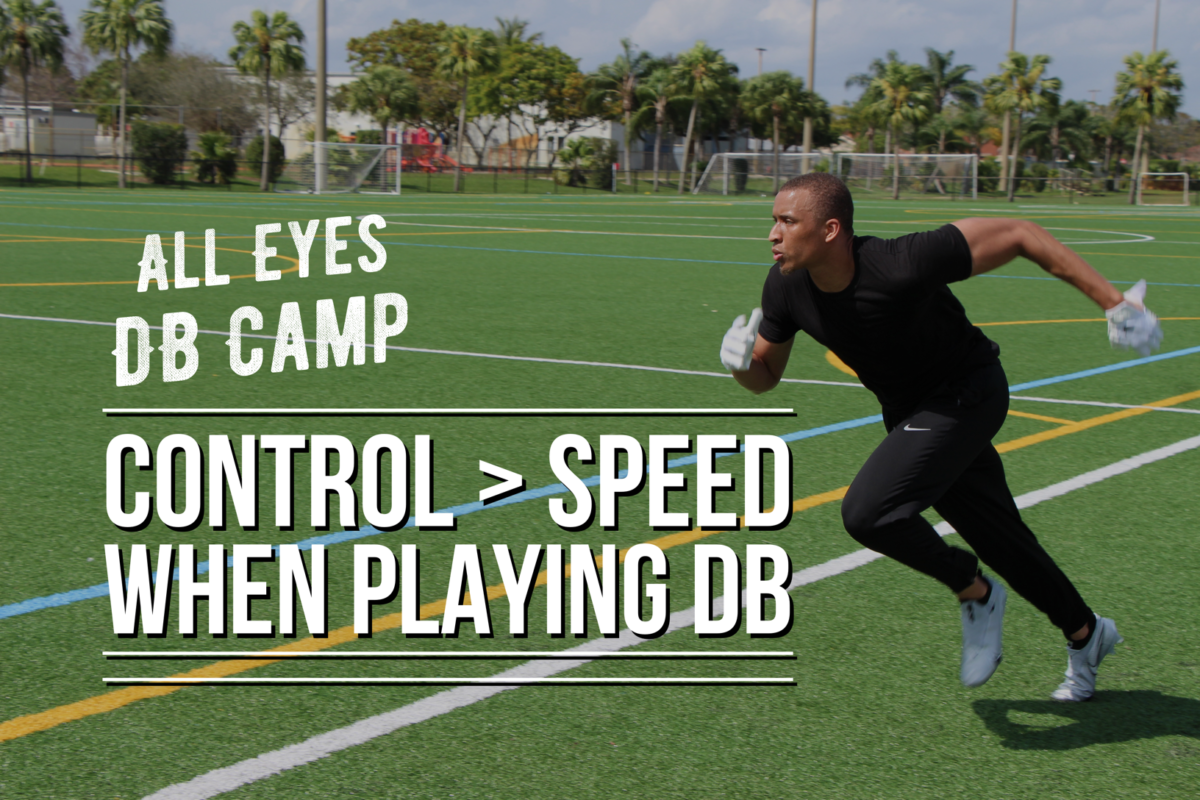 It’s that time of year again where the talk of speed is heightened and everyone obsesses over 40 yard dash times. While the combine won’t happen this year, it won’t stop the mad rush to find out “what’s his 40 time?”

Of course, you need some speed to play defensive back at a high level. However, when it comes to actual game play, being under control as you move around on the field is more important than hitting your maximum MPH. I recently met with the owner of XPE Sports in Ft. Lauderdale Tony Villani. I have worked with him over the last four seasons prepping defensive backs for the combine. Over that span we have had several conversations over the movement of defensive backs and wide receivers.

Many a time, Villani heard me tell a defensive back during drills that smooth is fast. In his many years of working with college and pro athletes, Villani has found the same to be true. He has found it to be so true that he is developing a whole matrix to train athletes (football players in particular) how to run under control so that they can achieve maximum results while on the field. It is a system and thought process that I fully support.

Too often, defensive backs feel that they must reach maximum speed to make a play and they often find themselves out of gas when the ball comes. Football is game that involves constant change of direction. As such, working on being able to move in a smooth and efficient manner puts you in better position when the inevitable change of direction comes. I have seen many a defensive back under perform based on their workout numbers simply because they could not manage their physical excellence. Bottom line, a sports car will only perform as well as it’s driver.

A skilled driver knows when to accelerate, when to throttle down and how to take the curve. As you are performing your defensive back drills, do so with the thought of being smooth and under control. It does you no good to be the first one in the East if the ball is located in the West. Some of the best defensive backs you’ve seen were not the fastest ones on the clock but they were highly skilled at managing the speed they did have efficiently. Learning this skill will put you in position to make plays more often that if you turned everything into a track meet and found yourself on the ground the minute someone throws a curve into your sprint.

You May Also Like:
For Defensive Backs, Speed is Something But Not Everything