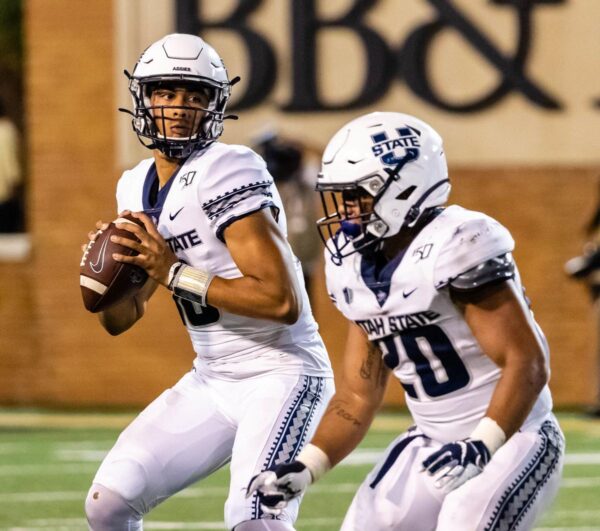 First of all, let’s hope you are studying film. If you aren’t doing that then you can go ahead and start counting the days until your defensive back / linebacker career is over. Now that we have gotten that out of the way, let’s talk about a crucial part to the game that a lot of guys fail to study and that’s the quarterback.

Often times in our studies of the opponent, we get caught up in formation study, down and distance recognition, route combinations and releases by the wide receivers for my press man junkies. Lost in all the film prep can be the guy who calls the plays in the huddle. Guess who makes the whole thing go on that side of the ball. Yes, the quarterback. He’s the one with all the girls, money and responsibility. As he goes usually so goes the offense.

Quarterbacks are under a tremendous about of pressure every game. As such, they need certain comforts and security blankets. Finding out what those things are so that you can get a clue or take them away from him can upset his flow and give yourself an advantage. Studying the quarterback intensely can reveal little things that may seem silly at first glance but could be very important. There have been quarterbacks who will lick their fingers on pass plays. There are others that will look two or three times during the cadence to the side they want to throw to while only looking once to the other side. Little silly things like that can mean an awful lot during the course of a game.

Once in studying an opponent as a coach, I noticed that a certain highly productive quarterback was only comfortable throwing to his right. It was astonishing to watch and I didn’t want to believe it. However, after five game films of seeing the same thing, I was forced to believe it. Every time the ball got to the right hash, the coach would call a run play, jet sweep or quick screen to get the ball back over to the left hash so they could run their pass offense. Off of that nugget, I dialed up edge pressure consistently off the left when the ball was on the right hash along with a couple cloud coverages and corner blitzes to ruin the screen and jet sweep game. It worked and the QB had a bad day.

Sure, all of the other things I mentioned need to be studied but the most important guy in pads on the offensive team is going to be the quarterback. You are doing yourself a disservice if you don’t develop a book on what he likes and dislikes. Knowing these things can help you formulate a game plan that makes him uncomfortable and the entire offensive unit inefficient. Pressure in the face or off the edge can rattle certain quarterbacks. Other QBs may stare down wide receivers all the time or in certain situations. Do your best to crack the case and find what makes him tick. The prize may just be a big time defensive performance vs. a guy who never saw it coming.

For more on studying film, try these articles: