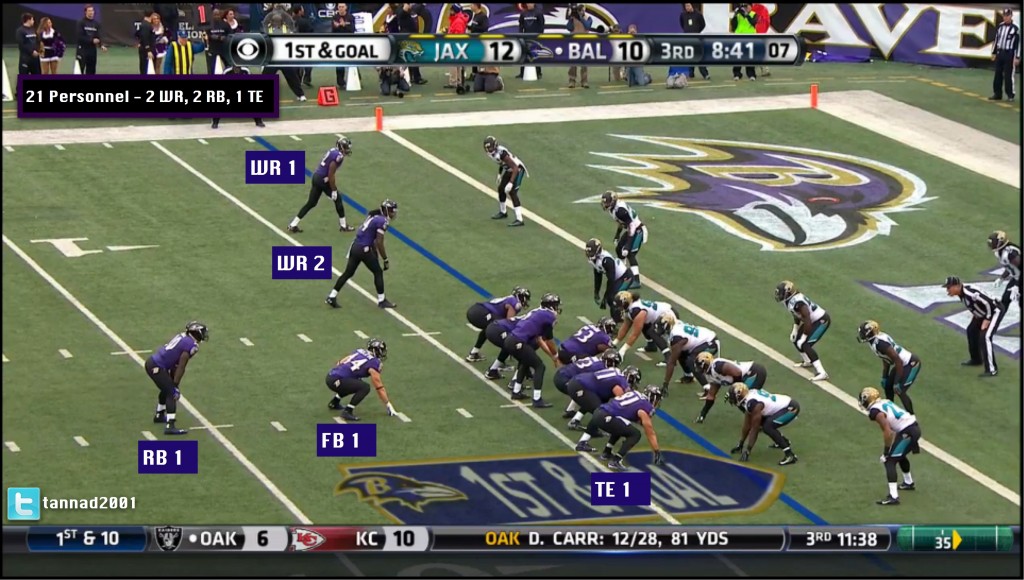 You may have heard your coach saying it or maybe you’ve even heard announcers on TV say it during a game.  “The offense has come out in 11 personnel”.  Perhaps it’s something you have ignored in the past but if you are playing ball,  especially in the back seven of the defense (defensive back and linebackers) then it’s something you have to know. This article and the attached video will explain it to you.

In it’s most simple explantation,  the personnel group numbers indicate how many tight ends and running backs are on the field.  So when you hear 21 personnel,  the first number indicates how many running backs “2” and then how many tight ends “1” .  Below is a picture showing a typical I formation.  The “I” formation is the most common form in which we will see 21 personnel used.  ‘H’ and ‘F’ are the running backs symbolizing the half back (H) and the fullback (F).  The tight end in the graphic is symbolized by ‘Y’. 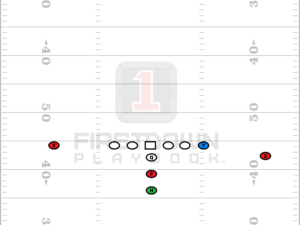 In today’s pass happy era of football,  just about every team is running the spread formation or some variation of it.  One of the traditional formations that you see in a spread offense is a formation commonly known as doubles. This means two wide receivers to one side and two wide receivers to the other with one back in the backfield.  Below is a picture of a doubles formation.  In this type of attack,  the tight end is replaced by a quicker,  often smaller wide receiver as the offense attempts to get more speed on the field in open space. The personnel grouping for this formation would be “10” personnel.  As you can see in the picture,  there is only one running back and no tight ends as Y has been replaced with a WR. 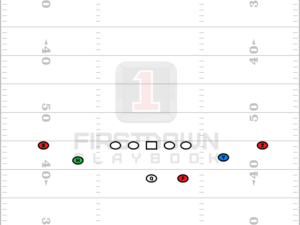 Maybe an offense wants to get as much speed on the field as possible but they don’t want to get rid of the tight end because he’s a very good player (i.e. George Kittle or Travis Kelce) or they still want to have solid blocking on a run play.  Teams wanting to do this will employ what is commonly known as a single back set.  In a single back set,  the tight end is kept in the game but the fullback is replaced by a wide receiver who is split out in a slot formation.  A single back set is shown in the picture below.  The added wide receiver in the picture is depicted by ‘H’.  The halfback has now moved to the letter ‘F’.  In a single back set,  we have one running back and one tight end thus the grouping is called “11” personnel. 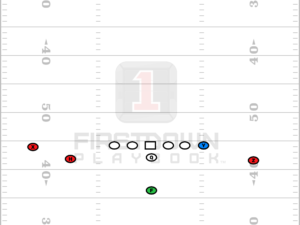 Let’s say an offense is near the goal line and they want to be a bully.  This basically means they want to be physical at the line of scrimmage and run the football.  In that case,  they will remove some of the smaller less physical wide receivers and replace them with tight ends and / or running backs.  In the picture below,  a double tight, wing formation is shown.  Because the offense wants to be more physical,  they keep both the fullback (F) and halfback (H) in the game.  They then decide to replace both wide receivers (X) and (Z) with tight ends that are lined up at the end of the line of scrimmage and as a wing off of the end of the line of scrimmage respectively.  In this particular formation,  there are two running backs and now three tight ends.  The personnel grouping for this formation is called “23” personnel. 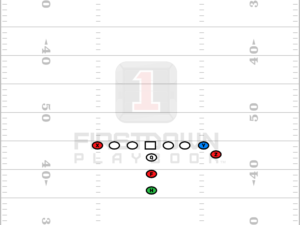 So why the hell do we need to know the personnel groupings?  Offenses during the course of a game and series will run different players in and out of the game.  The offense’s objective is to create mismatches whether that is by personnel or alignments.  If an offense deploys a doubles formation with four speedy wide receivers on the field,  it might not be a good idea for the defense to have bigger,  less agile linebackers on the field attempting to cover them. In that case,  a defense may want to get quicker more agile  defensive backs on the field to cover the wide receivers.  Likewise,  if an offense wants to get physical and breaks out in a double tight wing formation,  it may not be a good idea for the defense to have additional defensive backs on the field taking on blocks from a tight end.

What defenses will do is have a coach in the press box who’s job it is to scan the opposing team’s sidelines and quickly call out the personnel groupings that the offense is going to use.  Rather than yelling out “two tight ends and one back”,  that coach can simply say in the headphones “12 personnel”.  The coach on the field can now quickly call out the package of defenders he wants to match what the offense is using.

It’s as simple as that.  If you want a little more detail and visuals on explaining personnel groupings in football,  check out the video below from my YouTube channel.  I would encourage you to subscribe to my YouTube Channel and if you are looking for more detailed information on playing defensive back or covering as a linebacker,  join my member’s area where I have over 100 videos on tips, drills, coverage, technique and more.  You can join the All Eyes DB Camp Member’s Area by clicking here.

DBs need quick feet. This package will get you started on the road to that. And you can't beat the price either!