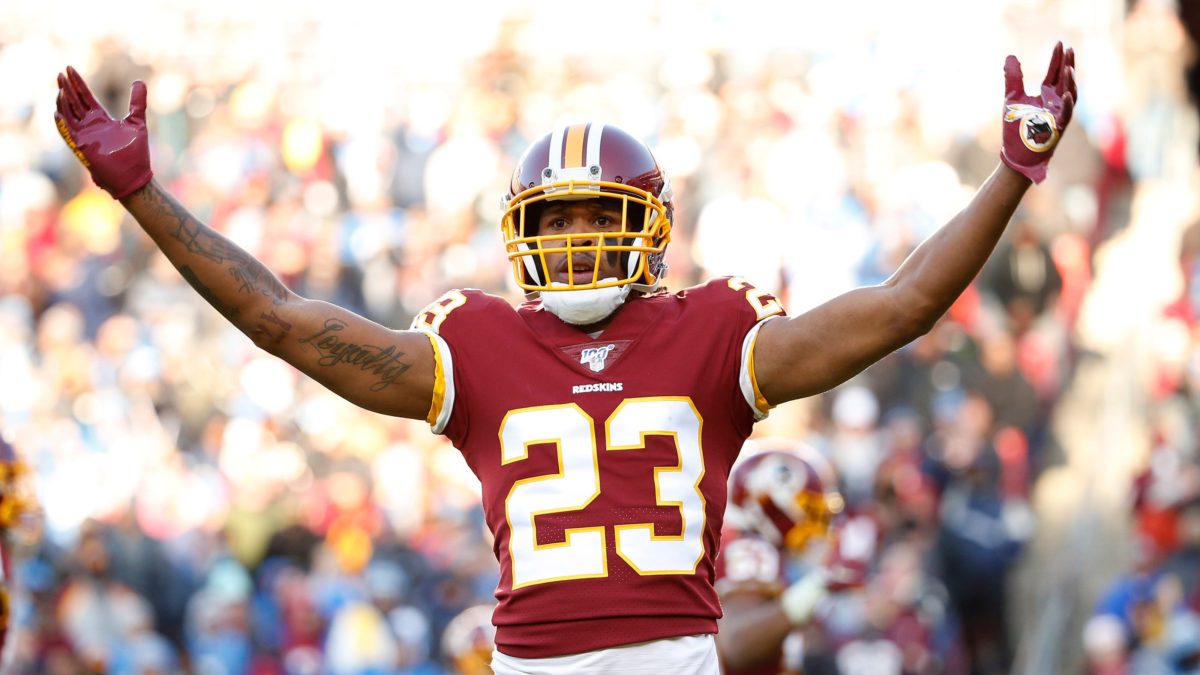 Many times I get asked in via email and DM if an athlete should move to defensive back.  As much as I get asked that question,  I am pretty sure there are many other guys who are asking that same question in their own heads.  Today I am going to use this article here to address it.

First,  I will start off by saying,  I grew up wanting to be a running back.  The first individual player that I ended up liking was a running back for the Los Angeles Rams named Wendell Tyler.  You young guys are going to have to google that name,  it’s not widely known.  Wendell was a double whammy for me.  He played for my favorite college football team at the time (UCLA Bruins) and was also playing for my favorite NFL team (Los Angeles Rams). There was just something about that blue and gold I guess.

There was also something about putting the ball in a guy’s hands,  making a whole bunch of defenders miss with sharp cuts and athleticism then having the crowd cheer for you as you scored a touchdown.  Soon my all time childhood football idol came along for the Rams in the form of Hall of Famer Eric Dickerson.  Dickerson was Wendell Tyler x 10.  So,  by the time I started playing organized football,  I was all about being a running back.  To make a long story short,  I developed into a pretty good running back but I had a friend who was certain that I would make an even better defensive back.  He was persistent about it and as I matured in the game,  there were coaches who made the same observation.  By the time I started getting recruited to go to college,  the move seemed clear and Deion Sanders had come along to add some pizazz to playing cornerback.

For many of you,  the dilemma is still raging on inside your head so here are four things for you to consider when deciding if you should move to defensive back.

Are You A Good Athlete?

Sure,  football in general requires you to be an athlete.  However,  the best athletes on the football field are the defensive backs.  Don’t try to debate me on this you wide receivers!  Special teams units are loaded with defensive backs for that reason.  Sure you can survive at defensive back if you aren’t the greatest athlete but it’s going to be tough.

You give yourself a much better chance to be a playmaker and to handle the many responsibilities of defensive back if you can move your feet fast,  have reasonable speed and jump + change direction.  These are major requirements for the position.

Are You Undersized at Your Other Position?

Like me,  while I was a good enough athlete to play running back at a high level in high school,  my days were probably numbered.  I graduated from high school at a whopping 163 lbs.  That does not make for a long life at running back.  Perhaps you are a decent athlete playing linebacker at 185 lbs.  Or you are a defensive end at 200 lbs.  who is likely not going to grow anymore.  If you have some smarts and good feet,  you may benefit from a transition to the secondary.  Depending on your level of athleticism,  you can play cornerback or safety.  Commit yourself to studying the position and you can be making a transition that could extend your playing career.

Not Featured on Offense?

Are you playing offense but you are hiding in the shadows? Do you think that your athletic talent is not being realized and utilized on the offensive side of the ball?  Are you the back up tailback that never really gets any carries?  Are you the 3rd option as a wide receiver on all of the pass plays?  Are you in high school playing wide receiver for a team that throws the ball 10 times a game?  This might be a fine time to flip over to the dark side.

Perhaps it’s being selfish or it’s just being smart.  Why ride the pine if you are a worthy athlete that loves playing if you can move over to defensive back and help your team keep points off the board ?  You may love offense like I did as a youngster but trust me,  when you start making plays on defense,  you will break up with your girlfriend offense and marry a strong woman named defense.  If you are a good athlete like I mentioned before,  strongly consider it.

Are You Naturally Aggressive?

Defense is the part of football that is about toughness.  Sure there are some offensive teams and systems that require roughness but basically all successful defenses require aggression.  If being aggressive is in your DNA,  perhaps you were born to play on this side of the ball.  If you are of the correct size and have the required speed + agility,  a move to defensive back could change your career.  The more aggressive position in the secondary out of cornerback and safety is safety.   However,  aggressive cornerbacks can be tremendously successful.  If you possess cornerback traits and are aggressive,  make that move.  If you are more of a safety type that won’t mind coming up and hitting running backs and tight ends,  then give moving to safety a thought.

The most recent 2020 NFL draft produced 48 defensive back draft picks.  This was easily the most heavily drafted position as it is every year.  There are five offensive lineman on the field,  usually four defensive lineman on the field and many times four wide receivers.  Despite that,  defensive backs have consistently outpaced those positions and others when it comes to getting drafted.  So what I am saying is that there is a demand for defensive backs.  If you can answer yes to one,  some or all of the questions I have asked in this article then you may be ready to meet that demand with a position change.