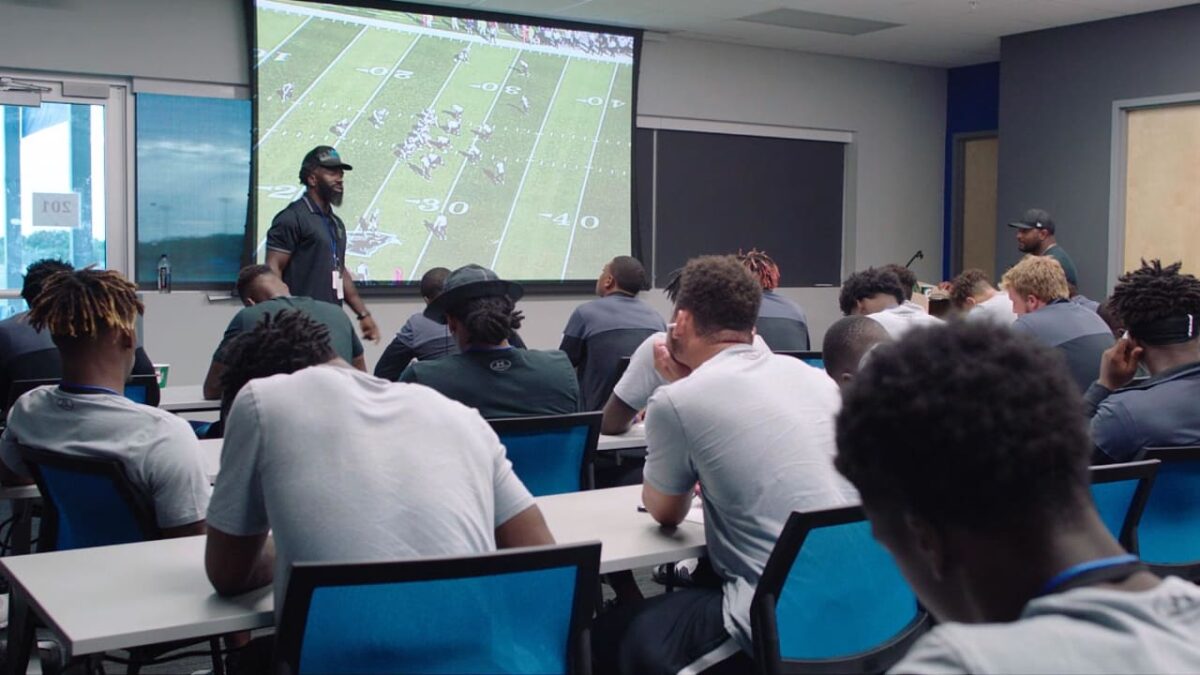 If you have been on this blog, or on my YouTube Channel or my Instagram page you have most likely heard me talk about watching film.  Watching film is critical to your success.  A sturdy knowledge of your opponent each week will certainly put you in the right position more than not when the game arrives.  However,  there is a big opponent and an important piece of film that every defensive back must watch and not too many do.

Sometimes we get so consumed with who we are going to face that we forget about our biggest opponent which is ourselves.  The road to controlling our opponent goes through us so it only stands to reason that we would pay attention to what it is we are doing.  I often get messages on YouTube and Instagram with young defensive backs asking me how to defend specific routes.  The question usually goes something like this: “coach I am having trouble covering slant routes any tips?”  The answer to fixing that problem most likely is studying yourself on film.

By studying,  I mean studying.  A lot of guys will watch film of themselves the day after the game but few guys study themselves.  You must breakdown your film the way you breakdown film of your opponent.  You know how you study every little move of the wide receiver from splits to which foot he has up?  You must do the same of yourself.  How is your alignment?  How did your feet move?  Did your drop your hands?  What are your eyes doing at the line of scrimmage?

The careful analysis of your game should be every bit as detailed as that of your opposition.  The little things that you pick up about yourself allow you to be clear on what things are working for you and what needs to be corrected.  Each week,  you are going to work to correct those things during practice so that you can perform better with each passing game.  This can only happen if you are taking detailed notes on what it is you are doing each and every game.

If you are fortunate enough to be at a high school that films practices you should take advantage.  Most high school football players won’t watch their practice film.  If they do watch it,  they don’t do so for any quality amount of time.  You are leaving good plays on the table when you fail to do this.  Each day of practice gives you an opportunity to sharpen your skills and execution.  You can best do so by watching what it is you did the day before with a careful eye.  Look at your movements during practice and make a note of things you would like to improve the next day.  It will certainly help you practice better as you will find yourself setting goals for each session.

While studying yourself on game film and in practice may seem to be a minor thing,  I can assure you that it adds up.  It is a sneaky way to improve fast and if you don’t think that you need to improve then you are of the wrong mindset.  As the old saying goes,  there’s always room for improvement.  Improvement comes from self evaluation and film is the way you are going to do it.  Now go watch some film.