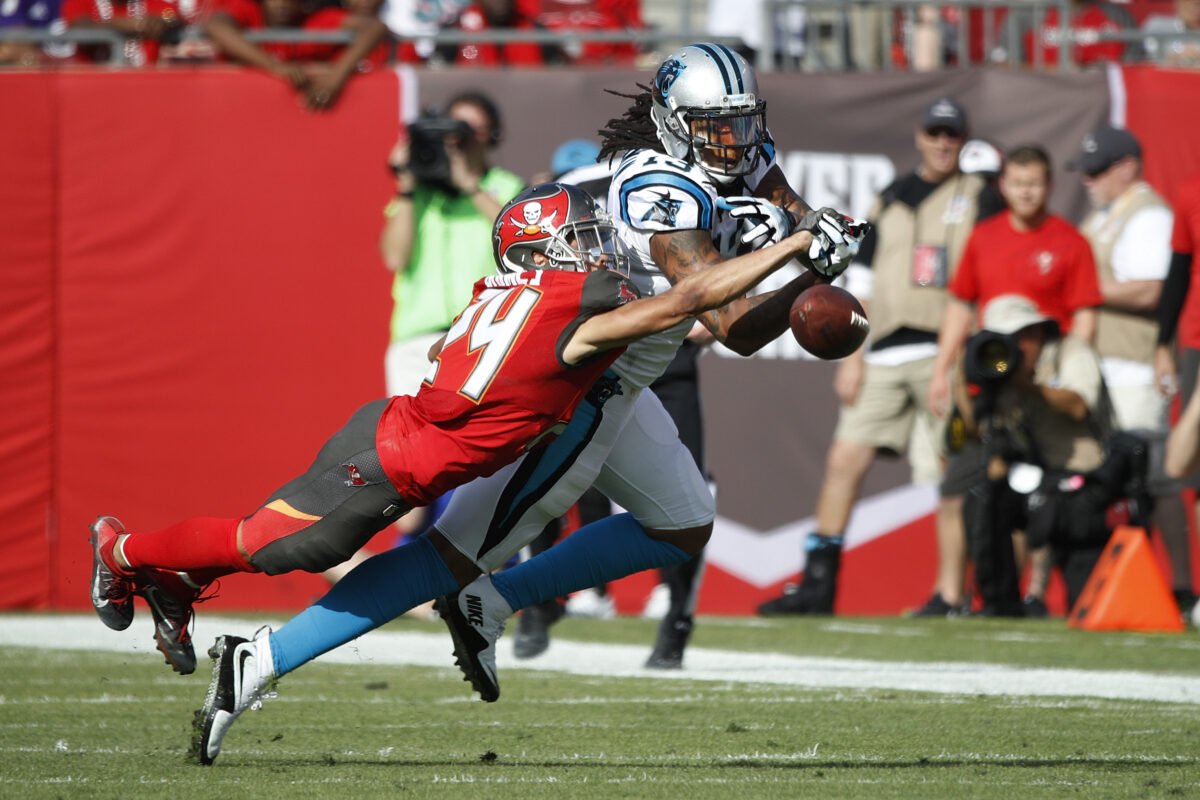 Playing defensive back is challenging and no one with a brain would argue that. It gets even tougher when you have anxiety about your ability to stack up against an opponent physically.

Often times I am asked by cornerbacks how are they supposed to cover wide receivers that are taller than them. Well, first of all, unless you are 6’5″, the time will come when you will cover a wide receiver that is taller than you. The approach, whether the wide receiver is shorter, your height or taller than you shouldn’t be too different with the exception of a few things that I will discuss in this article.

Learn to Play in their Space

One of the biggest things wide receivers are taught and are striving for when they are running their routes is separation. Why? Quite simply completing a pass becomes more simple for the quarterback and the wide out when there is space. With that being the case, you can make your life as a smaller defensive back easier by learning how to close out that space. Getting close to a wide receiver’s body and jumping up with him can be extremely effective. This disrupts both their ability to reach maximum height and pull the ball in for a reception. The same is true for throws that are not thrown high but to other parts of the WRs body. Getting in the WRs space / body allows you as the defender to place your hand to most areas of his body to knock a pass away. This is not the case if you allow there to be space between you and him. The more space between you two, the less your arms will be able to reach all the areas on his body from which he can catch the ball.

Learn to Play Off Man Coverage

In most cases, a shorter defensive back should have quicker feet and change of direction than a taller WR. If you are 5’10” going against a 6’2″ wide receiver then you should most definitely have quicker feet than him. As such, using more off man coverage vs. a bigger / stronger wide receiver is in your best interest. Playing off coverage can discourage the deeper throws downfield that can put you at a disadvantage. Should the offense still attempt these type of throws, your quickness should allow you to cut off routes more often and delay the wide receivers progress down the field. If you playing off makes them opt for more short and medium routes, use your quickness to beat the wide receiver to the spot.

Learn to Play in the Slot

This particular tip does not exactly help you cover bigger wide receivers. However, it is geared toward smaller defensive backs that may face too many challenges playing on the outside. As I stated in the last tip, your smaller size provides you with the advantage of having quicker feet and change of direction. This skill set works very well when you are playing vs. slot WRs. Typically, smaller wide receivers play in the slot because of their heightened quickness. These type of wide receivers are a challenge for the bigger cornerbacks playing outside. Somebody has to cover these guys, why not you if you are a smaller defensive back? Embrace the role of being a nickel back as your unique skills can make you an asset at this spot.

You should be doing this anyway but if you are missing some physical attribute that puts you at a disadvantage then reclaim your edge by doubling down on your film study. There’s nothing like knowing where that wide receiver has to be on every play. Knowing this allows you to beat him there and either discourage the throw or be in better position to play the ball when it is thrown. Not everyone that excels at this game is blessed with all the physical gifts. In fact, many have excelled by using their brains to win even in the face of seemingly insurmountable physical odds. Work harder and smarter than the bigger man to end up on top when the ball comes.

Some of these tips are explained in more detail in my member’s area. Others will be addressed in future member’s area posts. If you are not yet a member, I highly suggest that you join and take your game to the next level. Take the tips in this article to heart and to the bank as you enter into battle vs. the bigger guys who think they are going to have an easy day against you. Change their mind real quick.