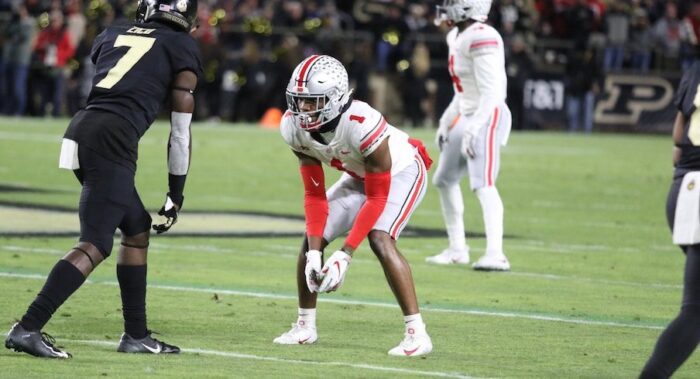 One of the funniest things I see at camp every year is when the camp directors tell the defensive backs that they will have to take some reps playing off man. The majority of looks resemble an English speaking man being asked to communicate in Chinese.

Listen I truly understand the need to get a viral moment at camp these days. With 300+ participants, it’s a battle royal of sorts in a quest for attention. Not to mention the amount of social media street cred you can get for man handling a wide receiver at the line of scrimmage and tossing him into the awaiting group of campers. However, no good wide receiver is going to allow you line up close enough to smell his sun tan lotion in a real situation.

Besides when you get into real games, it’s not always in your best interest to let the offense know that you are playing man which is typically what you are doing when you line up in press. You also may not have an advantage vs. some receivers when you are lined up in press.

If you are serious about reaching your full potential as a defensive back then you are going to have to learn how to become a complete one. For many young defensive backs, they think the only thing that matters is being good at press man. They want to be the next Darelle Revis but they fail to realize that Revis could do a lot more than just play press. A complete defensive back can play press but also play off man, zone, tackle, communicate, etc.

Learning how to play off man coverage gives you another tool to use against wide receivers. It also gives your defense some flexibility. Besides, it’s cool to not always have to play with your back to the quarterback. When you line up in press all the time you are basically playing with your back to the quarterback. Doing this makes it difficult for you to get interceptions. Sometimes it’s nice to be able to face the quarterback or even be able to read him in a man to man situation to get a bead on where the wide receiver might be going.

There’s nothing more impressive than being at a camp and watching a defensive back work his pedal, use a weave and come out of his break on a wide receiver trying to route him up. It’s even more impressive to watch a defensive back read a QB and get a break on a route. However, only a few high school defensive backs are going to be able to pull that off. Nevertheless, it takes a certain amount of dedication to the craft and football IQ to play with space between you and the wide receiver. This is why, when I see it, I am on high alert. Playing with space requires good footwork, eye discipline and technique. A defensive back that can do this effectively is way ahead of the game.

So, if you lack these skills, spend some time this summer developing them. If you have these skills, spend some time sharpening them. While everyone else is at camp grabbing onto wide receivers at the line of scrimmage and turning every route into a wrestling match, you can catch the eye of someone very important by showing the smooth movement in space that only a dedicated defensive back can display.