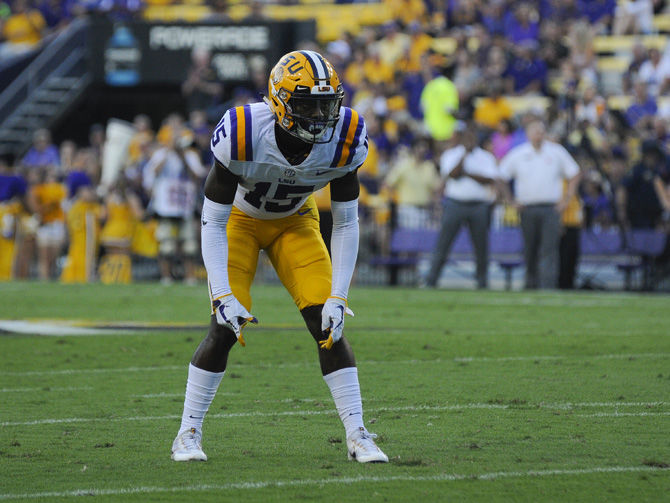 They say football is a game of inches. It is a phrase that is often overlooked and taken for granted. Many think it’s all about getting the necessary 10 yards for a first down or getting the ball across the goal line. I am here to tell you that it is more than just that.

Yes, the rules of the game of football are dictated by measurement. This is more so the case than any other sport as it is ruled by the measurement of yards. How do we get those yards? We get them by out executing the man in front of us and thus the team we are up against.

For defensive backs that execution comes in the attention to the details of what may be the most technical position that there is on the field (sorry offensive linemen). All too often I see young defensive backs take their stance before the ball is snapped for granted. Perhaps they have seen a NFL player who has been playing for a long time make a big play when he was not in his stance before the ball was snapped. That is always a mistake. That is similar to driving with one hand on the wheel the first time you drive a car. You are likely going to end up in a car crash.

For young, intermediate and even pros, winning snap after snap at the defensive back position begins with you aligning properly both with leverage but also with your stance. Whether you are in press or off, the key to ending the play with a play is starting the play with a winning stance.

I have noticed that defensive backs will take their stance less seriously when they are playing off as opposed to press. They do so because they feel that they have time when they are playing off. I am here to tell you that you are fooling yourself. The time you think you have will run out quick if you are not prepared to adequately handle the first few steps off the line by the wide receiver. Being caught off guard or unprepared to keep your leverage or depth vs. the speeding potential pass catcher will often lead to you making a donation to his stat totals.

For some guys its about looking cool and in control. Perhaps you think it makes you look goofy to always be ready. It’s similar to thinking that a guy is a nerd if he always has a pen, a pad and his textbooks when he comes to class. Years later when school is over and that nerd is looking down from his penthouse at you on the street corner, one of you is going to be goofy and it ain’t gonna be him.

The key to winning at anything starts with being prepared. For defensive backs, a big part of being prepared is aligning yourself before the play with a winning stance. Heed these words the next time you are in competition or you might get embarrassed and I hate to see it.

Check out this video below on the proper way to get in a stance when you are playing off. Enjoy: