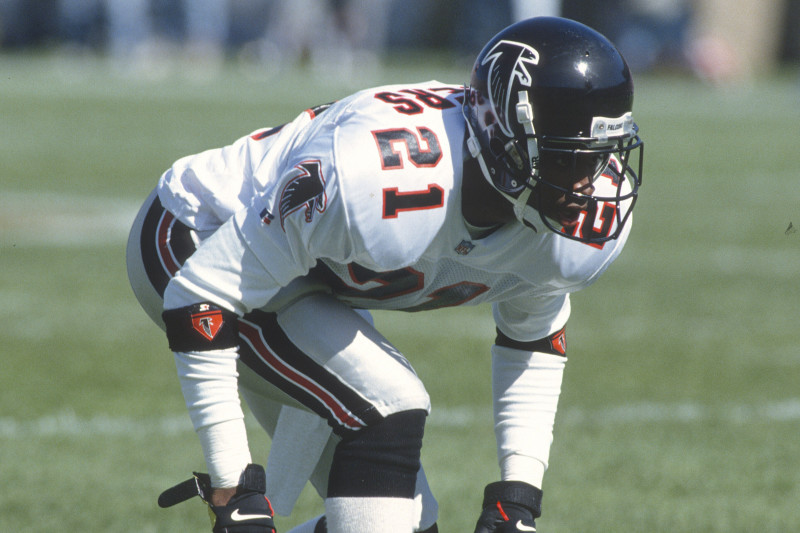 By now your season is over and your mind has shifted into offseason mode.  That means getting yourself prepared for the next season on the horizon.  While you are making plans on what you want to be and look like physically when the Fall rolls around,  it is important to craft a plan to enhance the way your brain operates during the game.

The majority of our in season studying each week has to do with studying our opponent.  What are their formations,  what are their tendencies,  how do they use personnel and what are their favorite plays?  Your opponents are doing that on you as well.  If you study something long enough you start to get a really good idea on how it works.  It would be a shame for your opponent to know you better than know yourself.  However, that is a sad reality for the majority of guys that play this game.

It would be a shame for your opponent to know you better than know yourself.

One of the greatest things that go unstudied by most defensive backs is themselves.  Most only watch their highlights or take a quick look through the previous week’s game to see where some corrections may need to be made.  Once the offseason comes,  guys will spend very little time actually studying themselves and instead let their opponents do it.  It is vitally important that you study your own self in the offseason.  Learn your tendencies.  Discover some of the ways that you may tip off coverages or techniques.  It is also important for you to get a firm grasp on what your weaknesses are.  How are you going to go into an offseason of training and betterment when you don’t know what you need to improve on?

It is vitally important that you study your own self in the offseason.  Learn your tendencies.

Some players may have a general idea of where they need improvement because it was obvious during the season or your coach has routinely pointed it out to you.  Even if that is the case,  you still need to study yourself.  You will undoubtedly find other things that you need improvement on and can fix during your offseason training.  If you aren’t spending at least one hour per week looking at your games from the previous season then you are doing yourself an injustice.  Chances are you will repeat a good amount of the mistakes that you made in the season that just passed.

If you aren’t spending at least one hour per week looking at your games from the previous season then you are doing yourself an injustice.

During the offseason,  many of your opponents are taking a look at the games you played this past year.  They will be formulating ideas and ways to defeat you.  Wouldn’t you like to have a good idea of what they are seeing?  It only makes sense.  So while you are planning for them,  you can also build a plan for yourself that will confuse your opponent that thought he knew who you were.  All of this may seem obvious now that I have put it plainly in this article.  However,  you would be surprised how many guys go through an entire offseason without looking at a single game that they played the year before.  Looking at highlights is fun but seeing how you flowed and moved during an entire game gives you a great benefit.

“You gotta understand your vulnerabilities as well,” Sanders says. “And what you’re great at. And what you need work on.” – Deion Sanders.   Now,  that you also heard it from GOAT,  let’s get to studying the most important person on the football field,  you.