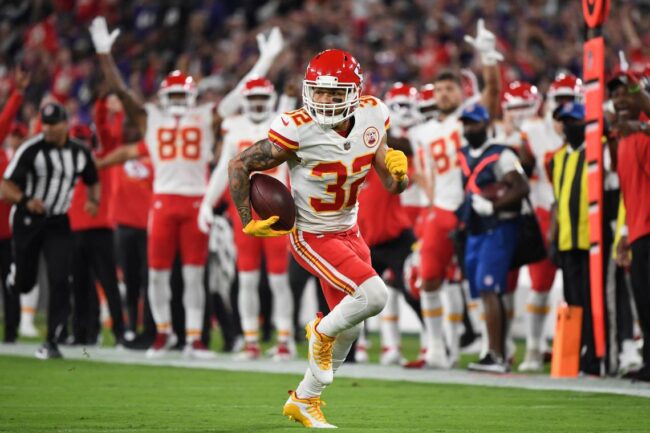 Football is a stressful game and we all know that.  Not only is it taxing from a collision stand point but it is taxing on a cardiovascular level.  Some guys prepare for the latter better than others.  The elite ones are never lacking in this area.

You may have heard that football is about math.  I have to tell you that life is about numbers.  In anything you do,  it just stands to reason that the more cracks you get at it the more chances you will have to obtain success and that applies with running to the football.

Strip away all of the terminology,  the routes the schemes, etc. that you must learn and constantly carry in your head.  What is the ultimate task of the defense when they are on the field?  Get the football. When you break it down to just that,  it’s simple isn’t it?  Get the football.

What is the ultimate task of the defense when they are on the field?  Get the football.

I often use baseball analogies when training my defensive backs and linebackers.  Surprisingly,  a lot of things translate.  So here’s a baseball analogy for you.  The chances of you getting a hit as a batter increases with the more at bats you get.  Running that back to football,  the chances of you getting your hands on the football increase the more times you are able to get around it.

Defensive backs are supposed to be not only the most athletic players on the football field but the most well conditioned ones.  Unlike wide receivers,  cornerbacks don’t get to run off the field and take a break for a few plays during a drive.  We also don’t get to jog out a route if the ball is not coming to us.  Elite defensive backs understand that getting to the football every play increases the chances at team success as well as personal success.

Defensive backs are supposed to be not only the most athletic players on the football field but the most well conditioned ones.

Have you ever noticed that some guys just always seem to be making plays? That’s typically a combination of a couple of things.  The first his high intelligence and second an overwhelming desire to be a part of every play on the field.  That desire makes them run to the football on each and every play.

Of course I know there are some situations in the game where this can become next to impossible.  With so many teams running hurry up offense these days,  the thought of running to the football at all times can be exhausting just thinking about it.  However,  it is a necessary evil.  Offenses are counting on your fatigue.  They’re banking on you having not put in the necessary work in the offseason and during the week leading up to the game.  Don’t let that be you.  Get in shape this offseason and stay in shape when the season arrives.

What you are trying to do is giving yourself more chances to make a play.  If you want to be that guy that is always getting his hands on the ball every game then there is a price to pay to get there.   Remember the baseball analogy.  The more times you come to the plate,  the more chances you have to get a hit.  When you think about it in those terms then making plays in a game just got a little easier.