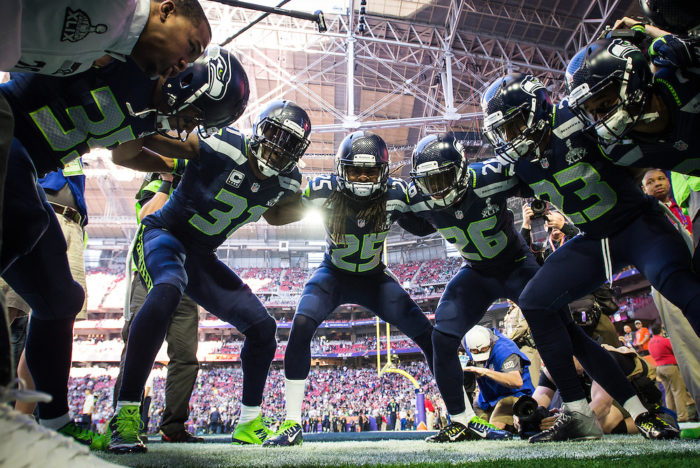 I was in a game vs. a rival once.  Of course,  because it was a rivalry game,  I wanted to do well.  As such,  I did my fair share of film watching that week.  I would often look for situations that I could either take advantage of or plays I needed to know were coming so I wouldn’t get caught with my pants down.

One particular play caught my eye that week.  One of the wide receivers for the other team was a supreme route runner.  He had a post corner route that was practically un-guardable unless you knew it was coming.  I studied like a forensic scientist to determine when that post corner was coming.  One particular situation was in the red zone.   The team would line up in the I formation and they would split as the quarterback took his drop.  That situation was a post corner route every time.  Ok so I am ready!

Well,  sure enough,  the game comes and the team enters the red zone.  Since this play was the bread and butter can’t miss play for them,  they sure enough came out in the I formation.  However,  the supreme route runner who lines up on my side all the time,  lined up on the other side of the field.  As soon as I noticed it,  I start yelling across the field to the corner on the other side.  As it turns out,  he can’t really hear me,  doesn’t know what I’m saying and they get lined up.  Sure enough,  the backs split as the quarterback takes his drop.  Sure enough,  I get a corner route from my wide receiver and I’m on it like the logo on his helmet.  As I look back,  I see the ball is not coming.   My eyes immediately drift to other side of the field.  What do I see?  I see the other cornerback on the ground and the ball in the hands of the supreme route runner.  Touchdown.

A valuable lesson was learned on that day.  A good player does everything he is supposed to do and maybe even a little more.  A great player does all of that but also gets his teammates to do the same.  This is how great units and teams are made.

Football is the ultimate team sport.  In no other sport is your success determined by the performance of your teammates.  What good is being prepared for games if your teammates are not?  They will just attack your teammates and you’ll be left with nothing to do.

One thing I have learned about great secondary units.  Not only are they physically talented and have a tenacious mentality,  they also tend to watch film together.  Had I watched film with the other corner on my team,  he most likely would’ve known this play was coming.  Even if he forgot, we would’ve discussed what kind of hand signal we could use across the field to warn each other that it was coming.  Yelling across the field is not always a good option.  He could have either intercepted the pass, knocked it down or make the QB eat it and have him get sacked.  He also could’ve made the quarterback come off of the throw and come back to my side with a late throw which was going to go 100 yards the other way FOR SURE!

Great secondary units prepare together by watching film,  organizing their thoughts,  putting together alerts and being ready for all the little tactics the offense may unleash during the game.  Over time you can even come up with some of the counter plays the offense might come up with that haven’t been shown on film.

You being great is great.  However,  that is not going to be enough.  If you want to be great great,  bring your teammates with you,  prepare together and be a part of something greater than you and not just the greatest by yourself.