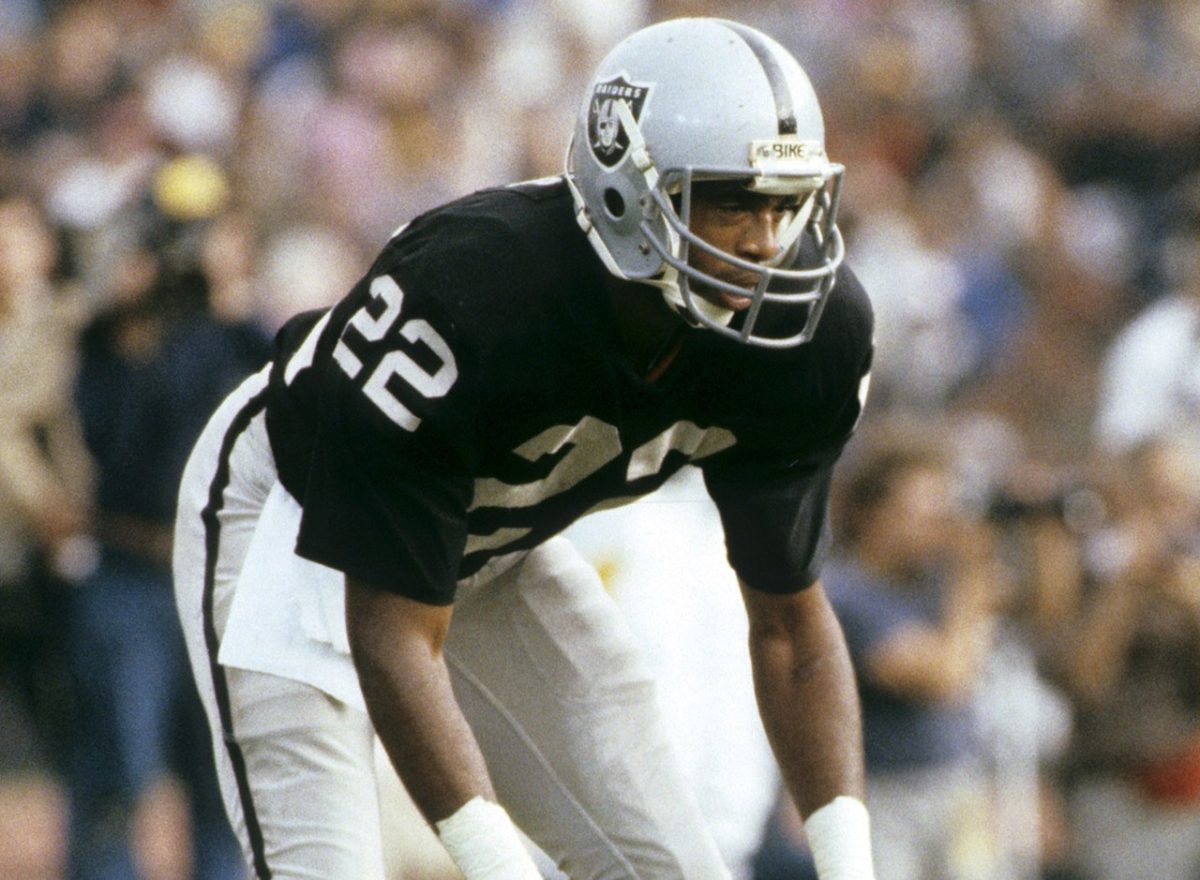 Our latest generation may not be familiar with Mike Haynes seeing as though he is now 66 years of age.  However,  there’s no hiding what a talent he was even though he was a bit overshadowed by his Oakland Raiders’ counterpart Lester Hayes and his eccentric behavior.

Haynes grew up in Los Angeles California and attended John Marshall High School.  He was a two sport star in both football and track.  To this day,  he still holds the school record in the long jump with a mark of 23’5″ inches. Haynes achieved the mark in a league championship meet to give Marshall High the victory.   On the gridiron,  he was a two way starter at quarterback and defensive back.  Haynes’ long and athletic 6’2″ frame was attractive to college scouts and he signed with Arizona St. out of high school.  At ASU,  Haynes was All Conference three out of the four years that he was there.

In 1976,  Haynes was selected in the first round by the New England Patriots.  He didn’t waste any time impressing New England and the rest of the league.  In his rookie year he pulled down 8 interceptions and returned a pair of punts for touchdowns.  That was good enough to land him in the Pro Bowl as a rookie.  Building on that rookie season,  Haynes came back the following year with five more interceptions and then six in his third season. In seven years with the Pats,  Haynes collected 28 interceptions.

Midway through his 8th season with New England,  Haynes was dealt to the Los Angeles Raiders who made a run to the Super Bowl to face the Washington Redskins who defeated the Raiders earlier in the season.  With Haynes teaming up with Lester Hayes, the Redskins’ passing game was grounded to a halt and the Raiders won the Super Bowl.  Showing that his career was not on the decline,  Haynes intercepted six balls in 1984,  his first full season with the Raiders.  He totaled a career high 220 return yards on those INTs including one for a touchdown.  Haynes would play a total of seven years for Los Angeles and amass 18 interceptions to bring his career total to 46.