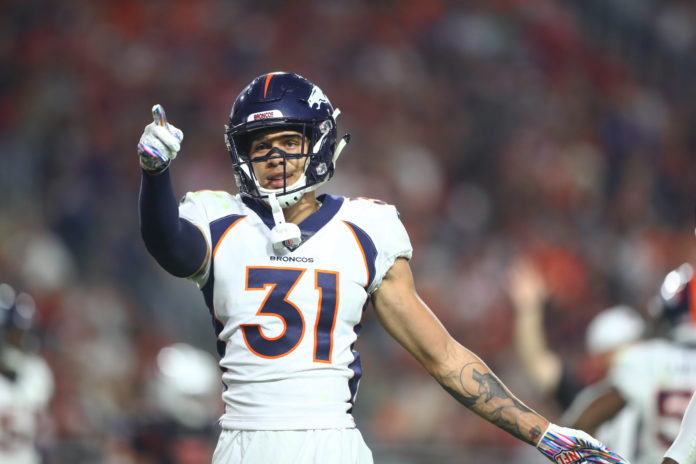 There’s nothing like a quick fix right? We live in an instant society where we are just not used to waiting for things. As such, coaches and teammates don’t have a lot of patience when your play is not at the level it should be. If you are a safety that wants to get better at the position right now, then read up.

Playing defensive back involves a lot of aspects both physical and mental. Reaching your potential requires an improvement and focus in a lot of areas but if you want to improve in a hurry, I have three ways in which you can make that happen seemingly overnight.

Do you know your defense? I mean, do you really know your defense? Chances are you don’t. You just know what you are supposed to do. That’s enough for you to be an average safety at best. Really good to elite safeties know what all 11 guys on the defense are supposed to be doing at all times. There’s nothing worse than lining up at corner on the side of the field with the safety that doesn’t know the checks when a man goes in motion. Know all the checks. Know what area of the field everyone is going to drop to in a zone and know who has who in man coverage.

A Funny thing will start happening when you do that. First of all, you will make sure everyone knows what to do. That prevents them from getting attacked all the time and redirects balls in your direction. Second, it will stop you from being tempted to abandon your responsibility for someone else’s that you might think is yours. Watch how plays just start coming to you.

Lost in all the studying of formations, splits, releases, route combos, etc. is the studying of the most important player on the team, the quarterback. Quarterbacks are creatures of habit. In order for them to be comfortable, they must repeat certain things over and over. It’s difficult for them to get into a groove or rhythm if they have to constantly change what they do. As such, studying their habits will give you a lot of clues on what they and the offense is going to do both before and after the snap. Does he lick his fingers before a pass play? Will he look twice to the side he’s going to throw while he’s calling the signals? Does he stare down his receivers when a blitz is coming? Knowing things like this can put you in position to jump on a route and make a play. Don’t forget to study the homecoming king during your film sessions.

Safeties are the last line of defense. There’s nothing like having a guy at the back of the defense who can erase a mistake by getting a runaway ball carrier to the ground. Not many guys like to work on tackling. Furthermore not too many know how to. Most young safeties think that working on tackling is simply working on the point of attack like where to put your head and how to wrap your arms. However, as a safety, there are several different types of tackles you will be required to make.

There is the traditional straight ahead 1-on-1 tackle. Most people know and work on that one. However, there is the open field tackle where a ball carrier comes through the line and has a ton of space to either side. You must learn how to break down, focus on his waist and mirror his moves until you are close enough to wrap him up. There is also the sideline tackle where you are approaching a ball carrier who is running down the sidelines and you must pin him to the sidelines to either get him down or push him out of bounds. As a safety, you must have the ability to make everyone of those tackles consistently. Missing one or more of those tackles in a game could result in a loss and or you getting pulled for a replacement. Working on tackling is not sexy but tackling is a big part of the game and is very crucial for safeties.

Improving in these three key areas can instantly turn you into both a playmaker and dependable player. Of course, it’s work so that means you can’t sit around and watch it happen magically. Pre and post practice work will be required for these improvements to take place but believe me when I tell you the pay off is big.