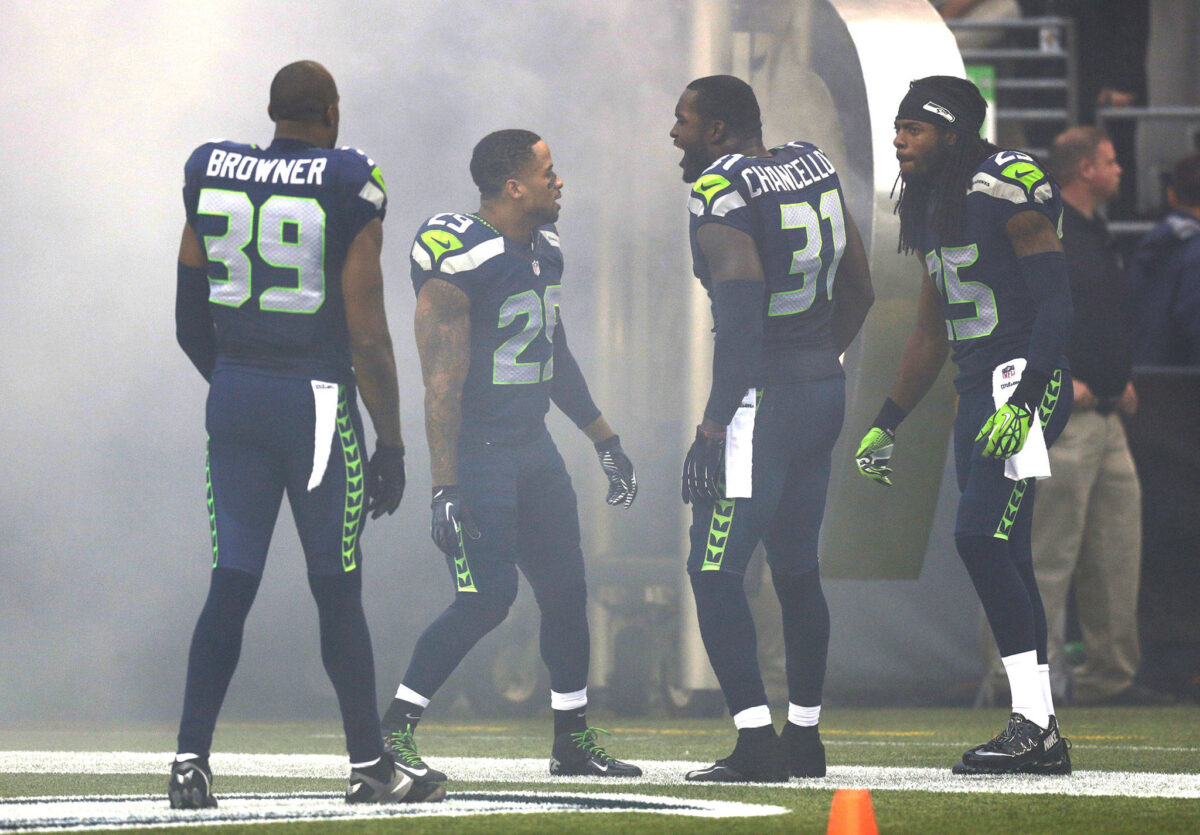 Sure,  I understand,  the safeties are the deepest of the deepest and truly the last line of defense.  As such,  when a team finds the end zone,  most likely they are the ones that are going to have to shoulder the blame.  However,  if you are a coach or a player with any kind of an IQ then you know that breakdowns occur in many places quite often when a big play occurs by the offense.

Some cornerbacks are tough to work with and can make a safety’s job a lot harder than it needs to be.  In that vain,  this article is a basic one for cornerbacks so that they can help safeties perform their job better.  By doing this,  cornerbacks stand to gain because a soundly performing safety makes your job at cornerback easier.  So here are three ways cornerbacks can help out safeties

When the defensive coordinator is handing out the checks (no not the money) meaning the coverages that your defense will change to when movement occurs on offense,  corners tend to not pay attention.  Cornerbacks do this because they think that all of the responsibility for checks falls on the safety.  However,  smart cornerbacks know otherwise.  Anything that the safety should know,  the cornerback should know.  Knowing this gives the cornerback the power of anticipation.  You can play better when you know the check is coming instead of simply waiting for it to come and then reacting.  Sometimes,  the offense moves late or the safety may make the check late because he’s preoccupied with something else.  Knowing what the check is preps your mind for it so that you can adjust accordingly and quickly.

Yes, we all know that the safeties have a better vantage point aligned 12-20 yards behind the defense.  However,  it is not always that they can see everything from back there.  What is very helpful to the safeties is cornerbacks who communicate what they are seeing from their side view of the offense.

Simply telling the safety “I have 3” can alert him to the fact that you have three wide receivers to your side in case his view is obstructed or he is preoccupied with some other responsibility he may have.  Alerting a safety to a nub (tight end with no WRs) or a wing can be helpful in him getting the checks called and the defense lined up.  The more people communicating pre-snap the better the chance of success.  Call out what you have to your side of the field so that the safety can make the right calls and be in the right places.

There’s nothing worse than the corner that won’t get a jam in Cover 2 especially when there are two vertical routes to his side.  The only thing worse than that is a corner that wants to sit in the flat in that situation with no threat and put the responsibility on the safety to cover two deep routes.  Have that happen enough times and the safety will lose all trust in the cornerback.  Outside of a quarterback trusting his left tackle,  there is no other position group required to have more trust than the safety and corner.

Everything in the secondary is not about man coverage.  Sometimes you must play zone coverage and those can get a little complex.  Don’t be that corner that has no awareness and / or technique.  If you are supposed to be inside and underneath in 2 man coverage then be inside and underneath.  Force the overthrow and give the safety a chance to make a play.  Pay extra special attention to what your technique and leverage is supposed to be so that you can allow the safety to move with confidence.

Most corners,  especially young ones,  get tunnel vision when they line up at cornerback.  They tend to only focus on the man in front of them or on their job only.   Sure,  know your assignment and do your job but be aware of what the safety must do as well.  It takes a whole village to stop a passing attack.  Being knowledgeable and able to communicate will help you build a great relationship with your safeties and lead to all star type performances from everyone.