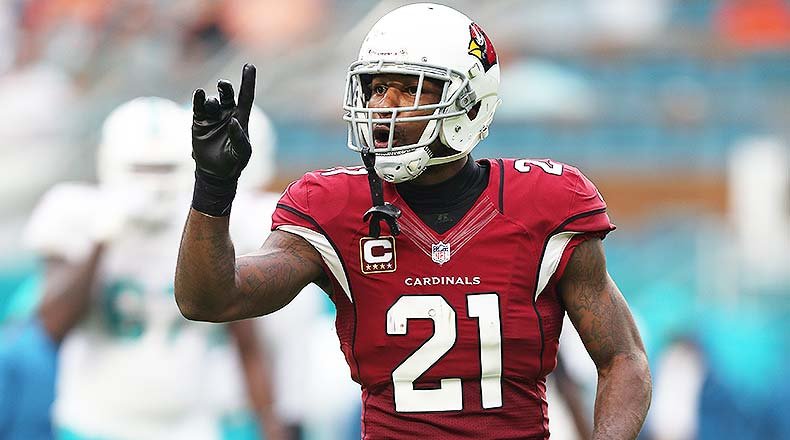 This current era of football,  at all levels,  has seen the most prolific passing offenses in history.  High school quarterbacks are breaking state passing records,  college football signal callers are setting new marks and professional football gunslingers are piling up yardage that no one could have imagined some two decades ago.  Even youth football quarterbacks are putting the ball in the air more in single games than teams did in an entire season in the early 2000’s.

With so much passing going on,  defenses must constantly be on the lookout for new ways to slow down the aerial onslaught.  One of those new ways to limit passing games may be looking back to the old and that is to communicate.

One of the things that I have noticed in coaching and training over the last decade is that more and more football players are focusing more individually while trying to be their best in a team atmosphere. One of the biggest groups getting hurt in this movement are defenders and in particular,  defensive backs.

Defensive backs are spending great amounts of time working on drills and individual skills and not enough time learning how to play within the scheme.

If you are going to stop a passing attack,  I can tell you that no amount of individual skill is going to overcome poor communication in the back end of the defense (the secondary).   With that said,  here are 5 big areas of communication that will help you defend a strong passing attack.

Seems simple doesn’t it but you would be surprised how many defenses don’t do this.  Teams use formations to beat the defense.  It is important to call out the formation when the offense lines up.  This responsibility,  as will many in the area of communication,  should fall on the safeties since they have a central view of the offense.  However,  the cornerbacks to each side should communicate how many eligible WRs they have on their side of the formation.  With their side view of the offense,  cornerbacks are in the best position to view how many eligible guys there are to their side.  This will help the defense set itself and get lined up.  If you studied right during the week,  this simple formation communication can clue everyone in on what to expect after the snap.

Most strong offenses have a key player that they like to get the ball to.  Sure,  some teams may have multiple ways and players that can hurt you.  However,  even in those situations,  the times they get the ball to those players are pre-set.  Many times,  it is dictated by formation.  So after communicating the formation,  call out the location of the player you guys determined was key during the week.  Some offenses are crafty in moving players around or hiding them in the backfield or at the end of the line of scrimmage.  Knowing where the player is will help in defending him and that can’t happen unless it is called out by either the middle linebacker or safety.  It should then be echoed by the rest of the players in the back seven (linebackers and defensive backs).

3 – Loudly Call Out and Echo Coverage and Checks

Another one that seems elementary but again,  you’d be surprised how many times this is not done.  First of all,  most defenses have little code words or hand signals for their coverages.  Make sure that those code words and hand signals are communicated every down!  It’s hard enough to cover talented WRs getting thrown to by gifted QBs without having one guy play man while the others are playing zone.  Safeties should make sure they get the attention of their cornerbacks who are notorious non communicators. Make sure they see or signal to you that they heard the coverage.  Double the emphasis on this if the formation changes or there is motion that causes there to be a change in the coverage called.  Loudly communicate the check.  Corners should signal their confirmation of hearing the check with some kind of hand signal.  I don’t recommend looking to your safety to say “I got it” and risk having the ball snapped while you’re not looking.

The place where this comes into play is against unusual formations.  When the offense lines up in bunch sets,  stacked formations and tight alignments,  safeties, corners and linebackers have to open their mouths and remind each other who has what.  Most of the time,  who cares if the offense knows.  What’s more important is that everyone on your side of the ball knows who they got or where they are supposed to be.  It only takes one man to be out of place for a big play to happen.  “You got the point”.  “Banjo, Banjo”, “Inside out!” are among things that should be loudly and clearly communicated pre-snap when the offense starts getting creative with their formations.  Silent is deadly for the defense in these situations.

The communication does not stop once the ball is snapped.  The best defenses continue their exchange of information after the center releases the ball to the QB.  You cover WRs in zone with your mouth.  Since you aren’t chasing guys all over the field,  you need to communicate their location by yelling out the routes they’re running.  This alerts the defender in the zone the receiver is heading to that he has someone coming.  The best way for me to have you visualize this is to think of going to play paintball with your teammates.  If your group of 11 went up against another group of 11,  I really don’t think you guys will not say a word during the game.  You better be telling your guys where the enemy is or all of you are going to look like a work of art really fast.  It’s the same thing on the football field.  The game of football was born out of the actual idea of war.  Talk to your teammates in zone post snap to help them defend their area.  A simple yelling out of “china” when the offense runs a smash concept can lead to the interception you need to take the wind out of a high flying offenses’ sails.

There may be some other areas of communication that are necessary depending on your defense and how you run it but I think I’ve covered the most crucial parts.  Here’s one thing you don’t want to communicate during the game and that is that you know exactly what play is coming.  You can keep that one a secret.  Perhaps you can alert that something may be coming but refrain from yelling out something like “hey #5 is at running back here comes the swing screen!” Don’t give the QB the chance to call an audible or time out and ruin your defenses’ chance at a big play.  For an example of what I mean,  check out the video below and have a good laugh.  Also continue watching the video to listen to how much communication goes on pre-snap during NFL games.  You want to be a pro,  start talking.

DBs need quick feet. This package will get you started on the road to that. And you can't beat the price either!