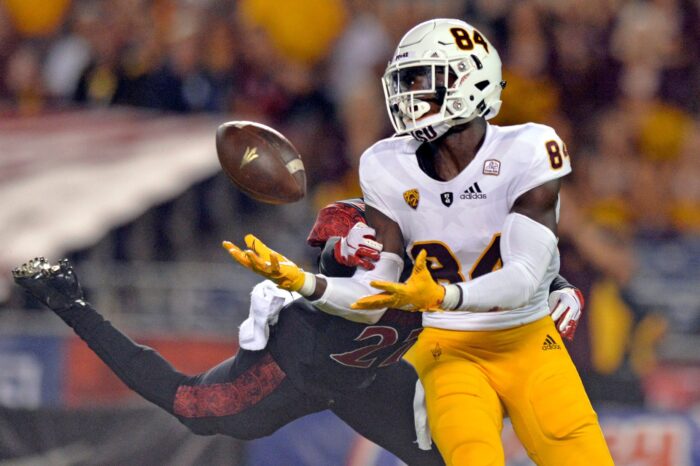 We know how it is when you are playing defensive back. You are primarily judged, evaluated and valued by the masses based on your ability to provide “lockdown” coverage. If you can’t cover then what are you worth as a defensive back anyway? That would be like a quarterback who can’t throw.

With all this pressure to be glued to a wide receiver’s hip everywhere he goes, some defensive backs get themselves in hot water thinking they have to cover a wide receiver or a play all by themselves. Once this thought process enters your head, you and your defense are dead. Football is the ultimate team game and this includes playing man to man coverage when you are on defense.

Many a defensive back ignore the details of a coverage the moment they realize it involves man coverage. In their eyes, once it’s man that means stopping the wide receiver from going anywhere on the field and that’s just not the case. In most man coverages, the defenders locked up in coverage can get assistance from another defender if they are smart enough to use it. For instance, Cover 1 features help in the deep middle by the free safety. 2 man coverage involves help deep on the hashes by both safeties.

Selfish defenders who aren’t seeing the big picture will give up their outside leverage down the field as well as out and corner routes in cover 1. Other defenders will play over the top of receivers in 2 man only to have short routes completed when they could have been underneath the pass catcher since they had safety help over the top.

Some of the best man to man coverage defensive backs that have played the game understood leverage and where their help is. Getting help from a teammate in man coverage does not make you soft, weak or no good. Getting beat repeatedly to areas where no help exists will get you called an idiot and eventually over to the sidelines to watch from there.

Unfortunately for some, this mentality does not just stop with man coverages. Some guys play zone with this same thought process. Every defense called has it’s weakness and every zone has it’s holes. When you truly understand this as a defensive back and / or linebacker you can become an elite defender. There are times when a zone is designed to play heavy on one area of the field while leaving another area of the field untouched. The truth of the matter is that on a 53 yard wide field with only 11 defenders and typically no more than 7 or 8 in coverage, you are not going to cover everything. When greedy defenders that don’t understand the design of the defense ignore that fact, they get baited into areas of the field that were meant to be left bare. This usually starts a chain of events where a defender is pulled out of his zone and gives up a big play to an area that was supposed to be covered.

So, the moral of the story here is to first acquire a total understanding of the defense. Just knowing only your job will not be enough. Dig deep into what the defense and the defensive coordinator is trying to accomplish when the play is called. Second, don’t be a greedy player. It would look crazy if you were the only person in the huddle when the offense is in their huddle with 11 guys. With that in mind, don’t act like you are the only person on the field for your team once the ball is snapped. Everyone has a job to do and it really works out well when everybody does their 1/11th. Team defense is the best defense and it allows you to shine in the end.