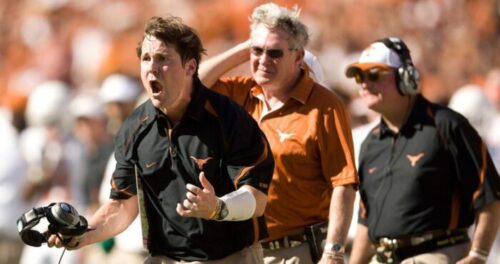 If you are not familiar with the term lingo,  it basically means the terminology used by a certain group of people.  In this case,  the certain group of people would be the current team you are playing for.  It would be very difficult for you to thrive as a citizen in France,  if you don’t understand the French language.  Likewise,  it is very difficult for you to thrive in a defense if you don’t understand the terms that the team uses to describe what the offense is doing and what your responsibility is.

First of all,  you have to have a common understanding of football coverages as well as run gaps.  At it’s core,  football is a very simple game and is basically an exercise in mathematics.  There are but only so many run gaps and there are but so many areas to be covered in pass defense.  A team can either run the football or throw the football on a given play.  Pretty simple right?  The complication of the game comes when teams attach terminology to tell it’s personnel where to go and what to do. Different teams have different terms they use to describe the same thing just as the french have a different word for car than American do.

Being able to learn a particular team’s defense or adjust to new coverages and responsibilities that are added is enhanced when you have a firm grasp of the basics.  This is because you are going to attach the new terminology to the basics on everything.  At the end of the day,  the coverages are all the same.  There are covers 0, 1, 2, 3, 4 and 5.  Everything outside of that is born from those six coverages I just laid out.  So for example,  some of you have never heard of Cover 6.  Well,  I didn’t mention Cover 6 in that list did I?  The reason I didn’t is because Cover 6 is the combination of Covers 2 and 4.  Cover 2 to one side of the field and Cover 4 to the other.  It makes things a whole lot more simple when you are able to say that instead of adding something new,  I am instead just tweaking something that I have already learned.

For those of you who may not have heard of Cover 5 because not all teams call it that,  Cover 5 is 2 man.  The offense has 5 eligible wide receivers.  Five defenders underneath will cover those 5 receivers while two safeties will stay deep over the top.  You see how much more simple that is to understand?

I once sat in a coach’s clinic where Nick Saban was a speaker.  He spoke for 45 minutes about a coverage that he really liked.  If I’m not mistaken,  it was called “Seattle”.  Fifteen minutes into the presentation,  after he had laid out the responsibilities for all of the defenders,  I realized that Seattle was Cover 3.  So for the next 30 minutes I could focus on the tiny details he had added onto the basic Cover 3 instead of saying,  I now need to add Seattle to Covers 0, 1, 2, 3, 4 and 5.

So,  morale of the story here is,  nail down the basics of coverage and then gap responsibility.  Then attach any new lingo being used to those basic coverages.  It will speed up the process of you learning all the new tricks that a current coach,  a new coach or a new team will throw your way.  Inside of the All Eyes DB Camp Member’s Area,  I break down all of the basic coverages on defense in a simple way that you can understand.  You may want to consider joining – Click here.