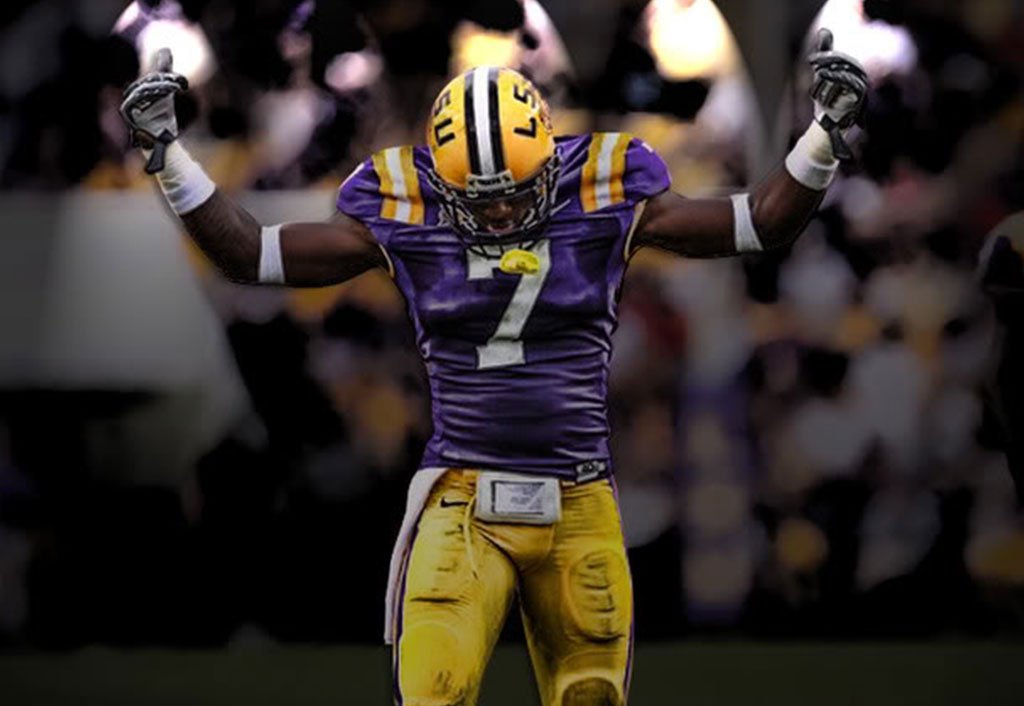 The name of the game on defense is creating turnovers.  If they don’t have the ball,  they can’t score.  The best way for them not to have the ball is to take it away from them.  All of the greats have a knack for getting interceptions when they have the opportunities.  The NFL Hall of Famers are guys who were able to rack up some interceptions.  Other Hall of Famers who were known as cover guys that didn’t have a high amount of interceptions didn’t have them because teams avoided them.  When they did throw at them,  many times they turned it into interceptions.  You have to practice catching the football.  If it’s not a part of your team’s regular practice routine then work on it before or after practice.  When the ball comes your way and you get your hands on it,  you have to catch it. Practice catching the ball to develop your All American hands.

Virtually all of the great defensive backs had great instincts.  You can not move fast on the football field if you are surprised by everything that is happening in front of you.  If you study this game enough,  you kind of just get an idea of what is about to happen.  Instincts are developed through constant study.  I am not just talking about only studying the teams you are about to play.  In your “free” time,  watch football.  Take a look at offenses and how they attack defenses.  Over time you build up an understanding that takes over on the field without you having to think about it.  You develop a 6th sense about how offenses work simply because you’ve watched so many of them.  Study the game to develop your All American instincts.

We already know that you have to be tough to play the game of football.  You also have to be mentally tough to play defensive back.  Everything a defensive back does on the football field is magnified.  Miss a tackle and it’s a big play.  Fall behind a WR and it’s a big play.  Miss a jam at the line of scrimmage in the red zone and it’s probably a touchdown.  When disaster strikes,  the All Americans have the mental toughness to remain confident, move on the to next play and hurt the offense the next time they try to come after them. All American DBs see a failure on their part as an opportunity to make a play the next time because the offense will try them again.  That’s the only way to look at it.  If you win all the time,  QBs start to avoid you.  Lose a rep and your mental toughness should say,  “Great now I’ll have a chance to make a play because they’re coming again.”  Mental toughness is an ingredient all the great ones have.  Be aware of how you think during pressure situations so you can possess All American mental toughness.

As you move from level to level in the game of football you will realize that you need to be a good athlete but being a good athlete will not be enough.  There is a right way and a wrong way to do everything in life and that certainly includes the game of football.  Few positions on the field are as technical as defensive back.  This position is comprised of a ton of unnatural moves being repeated over and over like backpedaling.  We don’t back pedal to the bathroom,  through the mall or to our friend’s house.  Being good at covering WRs when we have don’t know where they are going requires that our technique be on point.  Even the GOAT Deion Sanders was a stickler for technique.  He knew that running a 4.21 forty was not going to be enough.  So if someone as gifted as Prime Time knew he needed technique to cover the best WRs in the game,  guess what you need to do?  Once you are taught technique by your coach or trainer,  be obsessed with perfecting it.  Study it,  practice it and apply it in competition to acquire All American technique.

Finally,  I have a saying and it is “success is not an accident”.  You can have all the God given ability in the World but if you are not willing to work hard at all of the things I have discussed in this article then it’s only a matter of time before you become mediocre or fail to make it to the next level as a football player.  All of the great ones became great because they knew that the extra time was needed to be better than the next guy.  If you say you love football and playing defensive back then you have to want to show it by working harder and smarter than the next man.  You won’t become an All-American sitting on the couch or swiping through your social media time line all day.  Get out and do what no other man will do to possess All American work ethic.

DBs come in all shapes and sizes.  Being big and being fast will definitely get you more opportunities but that’s all it will get you.  Whether you possess all the physical attributes that coaches and fans want to see or not,  going hard to develop the traits I just discussed will take you very far in this game at this position.  Start applying what you learned in this article today and watch how you flourish.