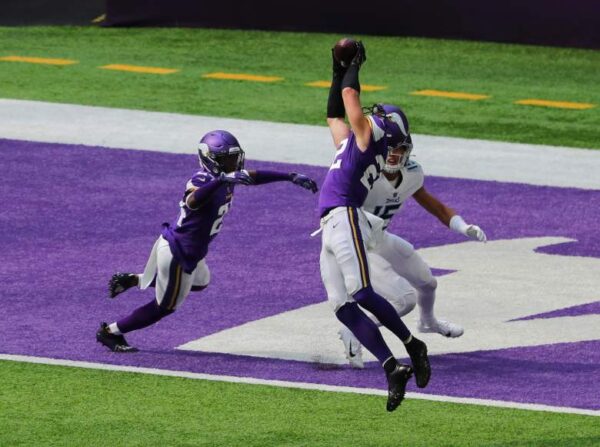 Sometimes playing safety you can feel like Will Smith in the final episode of The Fresh Prince when he was alone in the living room with everyone and everything gone. There’s a lot of room back there and at times it can feel like you are the only one to cover it. Sometimes that may be true.

Having to cover all of that space whether it be off the hash, in the post or coming down in the alleys can be daunting. If you don’t do it effectively, the results for the defense can be disaster in the form of a long run or pass play. If you want to be consistently effective in covering the space required as safety, one must be skilled in using what is known as angles.

So much of what defensive backs do is made better by using proper angles but that is more true for safeties than anything else. Most of the mistakes in coverage by safeties outside of poor eye discipline can be traced back to taking poor angles to the football. How many times have you seen a safety take a poor path to a football and either hit their own player or miss judge the football allowing it to fall into the hands of the wide receiver?

Another common mistake by safeties comes when they don’t move from one zone to the other before the ball is thrown using the proper angle thus setting themselves up for failure before the moment of truth. Poor movement at the snap or while a play is developing puts a safety at a disadvantage once the ball is put in the air. When this occurs, the safety has a hard time adjusting to and finding the football vs. the wide receiver who has been tracking the ball almost since the time it left the quarterback’s hand.

The final way that we see poor angles betray the safety is when they are showing up in the run game. Run plays that come through the line of scrimmage or in the alleys (space between the offensive line and the wide receivers) require the supporting safety to make a tackle. One of the biggest keys to making the play is taking a proper angle to the ball carrier to be in position to use your tackling fundamentals.

As a safety, you must be constantly aware of the angles you are taking. Your path to the football or to your area of coverage should not be taken for granted. Taking proper angles is also something that should be practiced. If you do not get any special work on taking angles in coverage during practice then you already know what you should be doing either before or after practice. Safeties should be getting extended practice on buzzing from the hash to the post and vice versa. They should also get work on using their weave to mirror the looks and movements of the quarterback. Along with that, taking the proper angle once the ball is thrown to move in on the throw with the proper body positioning for them to make a play on it.

Playing safety is similar to play the outfield in baseball. When the ball is hit off of the bat, your ability to catch the ball depends on your path to the ball. Your initial steps are crucial. Practicing moving at 45 degree angles to get to the football while also judging the flight of the ball is crucial. As a safety you must have a great deal of amount of deep balls thrown to you in practice and training.

Finally, open field tackling is an important skill for a safety. If you are not getting enough work individually on this skill in practice then you will have to amp up your focus on doing this during the team periods of practice. Often times, safeties see a heavy run session during a team period as a time to take off. Don’t do that. This is a time for you to put an emphasis on taking proper angles to the ball carrier even though you are not going to actually take him to the ground. Making a tackle really has a lot to do with the set up. The set up is the approach and coming to balance on the ball carrier. Don’t waste those team reps when there is a running play by just going through the motions to tag off on the runner. Sprint to the ball carrier using the proper angle whether that is giving him a one way go on a run coming right at you or using the sidelines as your friend to pin the ball carrier.

Being a good safety includes being a complete safety. You don’t want to be the guy who misjudges balls in flight or misses open field tackles regularly because you don’t understand how angles are everything when covering space vs. fast moving athletes. Continuing to fail at these tasks will eventually lead to your view angle of the came coming from the sidelines.