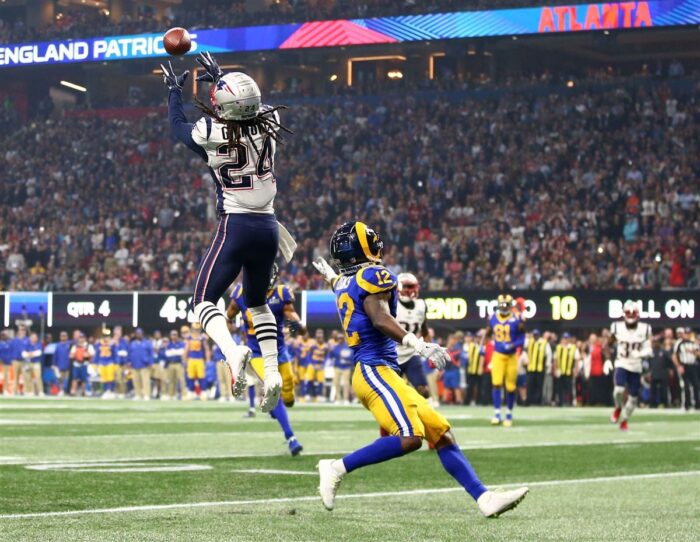 Football is a very simple game that can get rather complicated at times. That complication hits warp speed when the bullets are flying and the action is hot and heavy. If you are going while the game is going there are some important things for you to remember as a DB while the game is unfolding.

I’ve definitely been there before. I put a lot of time in to prep and you have a plan in place but once you get out there , things start moving fast so you tend to forget. While there can be a lot of tiny little details that may slip your mind, there are three important things for you to remember while the game is going that will help you make big plays.

(1) Know the down and distance

This seems simple enough but you’ll be surprised how many times guys will get on the field and forget this. I am not just talking about youth and high school football players either. This will also happen to guys playing the pro game. Whatever level you are playing at, you must make it a point to remember this important element. The plays run by the office are dictated by the down and distance, it’s that simple. With that in mind, it stands to reason that you knowing the down a distance can help you determine what may be coming. Of course,  mastering this will require some effort from you in practice. For you coaches out there, you are doing a disservice to your defenders if you do not put some emphasis on the down and distance when you are running scout team plays against them.  For you players out there when you are in the team or 7-on-7 periods of practice,  make it a point to remember to know the down and distance. I’m speaking from experience when I tell you that this will translate to a better game day performance.

(2) Know Where You are on the Field

By this I mean, pay attention to and be aware of what yard line the offense is on. For a majority of the teams that you are playing against,  where they are located on the field determines what plays they will run. A team backed up against their own end zone will have a different set of plays they will run versus that very same team with the ball near midfield. Similarly, there are different plays run from midfield than those run in the red zone.  Offensive coaches’ mindset will change as they progress down the field or get pushed back towards their own goal. Being aware of where you are on the field can help you make a more accurate prediction of what may be coming your way.

Players dictate plays. Some teams engage in this practice more than others but almost all teams run plays based on the personnel. Even teams that don’t switch guys out very often will run plays according to where certain players are located. Once you get more comfortable in your skin out on the field and you are able to narrow your focus, one of the things you need to take note of is who is on the field for the offense.  Often times teams will run different plays depending on who is in at running back.  Some teams will run the ball more often when certain receivers are in the game.  Knowing who is on the field and how that matches up with what plays are going to be run will help you make a prediction of what is coming your way.

So if you want to become a consistent play maker and a guy who always seems to be around the football, I would advise you to make it a practice of knowing these three things when you’re lined up on the field.  Of course with each team there are changes so you will need to study film.  However, a lot of what your opponent is going to do can be dictated by the three factors I mentioned in this article. Success is not an accident, it’s a direct result of your preparation.  Put this into practice as soon as possible.