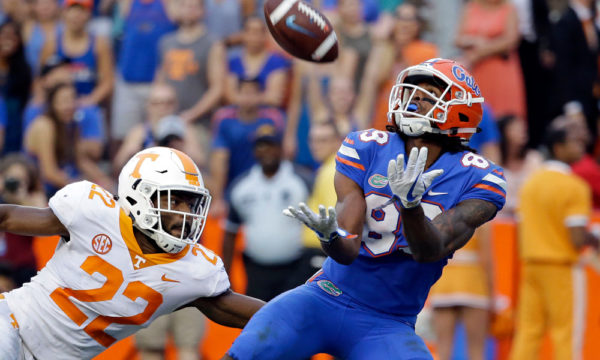 The game has been a battle of back and forth.  Each team is shooting their shot and things are tight all the way through.  When all is said and done,  the winner stands tall by less than a touchdown.

That’s how many important games end in the football world.  If you are playing in the NFL then this is likely a weekly occurrence.  There is this saying that one play does not make a game but try telling that to a kicker that misses a last minute field goal or a defensive back that misplays a ball in the final seconds to give up a go ahead touchdown.

Often times in those close games,  things will come down to a final play and what happens on that play is highlighted in the aftermath.  Many times a close game won’t exactly come down to one final play.  Whether it does or doesn’t,  at some point in a close game there was a play that really mattered.

In my years of both playing and coaching,  I have witnessed plays that went the wrong way for a defensive back for one simple reason,  lack of focus.  There are many plays throughout a game and players will sometimes slack off thinking either that the play is not coming their way or that it is not important.  One of the biggest things you will hear a coach preaching is to never take a play off.   This is true for everyone on the field but it’s most true for the guys playing in the back end of the defense.

Make a mistake as a defensive lineman or a linebacker and there’s a chance that it won’t result in a touchdown.  Blow an assignment in the secondary and that usually means a big play is coming typically in the form of a touchdown.  Make enough of those type of mistakes in a game and you will definitely end up on the wrong end of the scoreboard.  However,  what about the close games that are decided by a touchdown or less?

The loss of focus by a defensive back can come in the form of a blown coverage assignment,  missed communication or sloppy technique.  All of those things can be catastrophic and in a game that ends up with a final score of 20-17,  your loss of focus could cost the team a W.

So how do we avoid losing focus throughout a football game.  Like anything else,  keeping focus is something that must be worked on in training sessions and practices if you want to master it in the game.  Keeping focus is not something that defensive backs typically focus on.  However,  you should.  You can have 54 snaps of great technique and positioning but play 55 could be the play you lose focus and that could be the game.  Yes,  there is pressure playing defensive back.

One of the best ways to limit the plays in which you experience a loss of focus is to come up with a checklist.  Airline pilots and astronauts use checklists so why not defensive backs.  Having a series of steps you go through prior to each play can prep your mind to be on guard once the ball is snapped consistently.  Think about how focused a pilot or an astronaut has to be.  If they get sloppy,  lives could be lost.

Here are some examples of checklists that can be used to help you keep focus during a game.

For cornerbacks in man coverage:

In both cases,  the checklists gets your mind off of possible distractions like the last play,  a talkative opponent or fatigue.  They get your mind keyed onto what is important for the play that is about to happen.  Just being able to do that is often times all you need to not lose focus.  A pre-snap checklist is a gateway into having the focus necessary to have a successful play.

One other thing,  players can sometimes get lulled to sleep.  An offense spends play after play attacking other areas on the field and ignoring you.  This can lead the player to believe that this is how it will be all game long.  Sometimes that is all part of the plot.  Somewhere in the booth,  a coach for the opposing team is watching you and taking notes.  Once they see you out of place or losing focus,  the word comes down to attack you.

Consistent use of the checklist can keep you out of this pitfall.  Football games can be two to three hours long or more.  They can consist of 40-70 plays or more.  As a defensive back you can be on point for 69 plays but on play #70 you lose focus and it ruins it for everybody.  Make focus a focus next time you are preparing for a game.