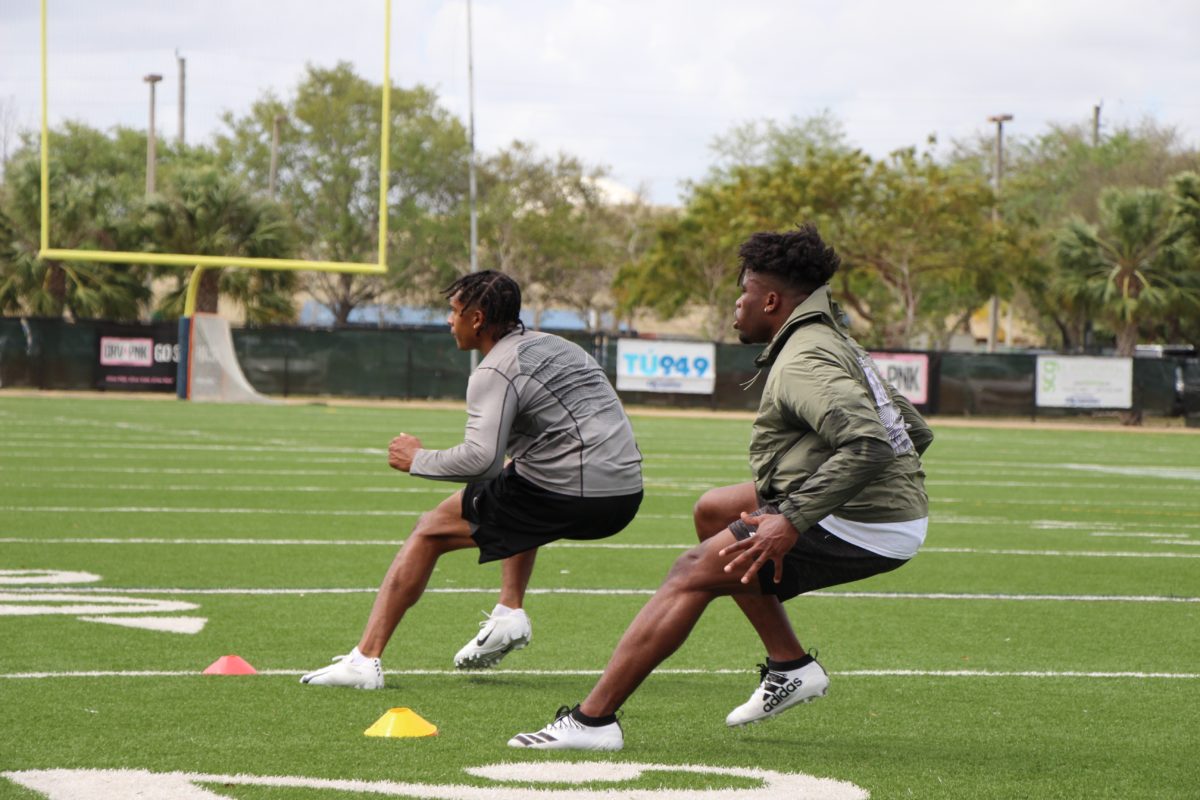 Sometimes things in life are just simple.  They end up being so simple that you just refuse to believe them.  In your mind,  if it was that simple then everyone would be able to do it.  Here’s the thing about simple,  it scares a lot of people and the rest just get bored with it.

I often get asked the question,  what drill can I do to help me with something I am doing wrong in another drill?  A more specific question would be “what drill can I do to come out of my back pedal faster?”  My answer when read by the person who asked the question can be deflating. “Back pedal and break”  or “Do the W drill”  Most of the times,  that’s not what a person wants to hear.  They want to hear about the super secret drill I taught my sons and the 100’s of others that I have coached and trained.

I know what it is.  We live in a society where things happen fast,  people thrive on quick results and there’s literally an app for every problem in the App Store.  Well almost everything.  Some things,  typically those things worth having,  still require time, patience and perseverance.  The time and patience come from performing simple drills many times.  The perseverance comes when you don’t get quick results,  still get it wrong and must endure the failures to get to the triumphs.

Sure,  I don’t show everything that I do on my social media accounts.  It took a lot of time, trial, error and personal research to acquire the answers that I have discovered.  I believe a man should be compensated for his time and expertise.  I also know that on some occasions there are some tweaks you can make to a drill to boost the acquisition of a skill.  By and large though,  becoming highly skilled at anything,  especially defensive back involves the repetitive execution of basic movements that are the essence of what you will do in competition on game day.  The problem as I stated in the opening is that this can become very boring for many.  Therein becomes the reason why most simply don’t become elite.  Only a handful of people know, understand and are willing to apply this principle.

People need to be entertained.  Some people need to be entertained while they are pursuing serious greatness or at least pretending to.  Instagram trainers will rack up 1000’s upon 1000’s of followers by showing film of their customers doing complicated drills with a high entertainment factor. It’s great to watch these things while you are slumped in a chair in the waiting room at the dentist.  Seeing that this person has amassed a multiple 1000 following will validate their “expertise”  However,  entertaining drills that don’t strike at the core of what you need to be elite means that the only entertaining you will do will be in the offseason and not on game day.

If you want to be elite,  take a page out of two of the more skilled athletes in their chosen professions,  Bruce Lee and Kobe Bryant.  Neither man grew tired of the basics and understood that a skill practiced 10,000 times will be damn near impossible to get wrong.

So in closing,  don’t shy away from doing basic drills.  Before you ho hum your way through them,  make the basic drill entertaining for you.  Here’s how.  Each time you do it,  try to do it better than the last time.  Also,  each time you do it,  focus on one specific aspect of the drill to strive towards perfecting that specific piece of the drill.  At the end of the day,  the old saying applies.  Don’t just do the drill enough to get it right.  Do it so many times that you can’t get it wrong.