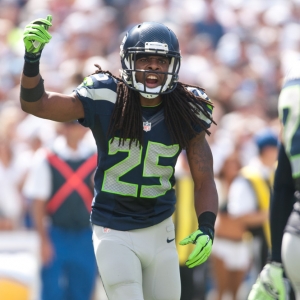 3 Things Every DB Should Have in Their Toolbox
By: Chad Wilson – Owner – All Eyes DB Camp
Instagram: @alleyesdbcamp

I often get asked for tips on playing defensive back and often find myself at a loss for what to say.  There is no tip I can give someone in passing that will instantly take your game to the next stratosphere. This is not shooting baskets or pool nor is it throwing horseshoes.  However,  here are three things I think every defensive back should have in their toolbox if they want to excel.

I don’t care who you are,  you will get beat playing defensive back.  Just as sure as the sun rises, so too will a defensive back find himself behind a WR who will catch a ball for a touchdown.  What’s important is how you handle yourself after you get beat.  A defensive back with a short memory is most likely to be in the right frame of mind the next time the ball comes his way and will be able to make a play.

Some defensive backs have a hard time letting go of a situation in which they got beat.  This position requires a great deal of confidence.  It’s one of those positions in the game where your mistakes are magnified because they are out in the open for everyone to see.  Having the ability to shrug off the jeering crowd, the celebrating receiver and block out the thoughts of what Twitter will have to say on the situation are only to your benefit.  Figure this, most of the people being negative to you after you get beat have no idea what it is like to be in your shoes.  The moment the bad play is over, act like it never happened and move on to the next play.  The one positive to getting beat is that it makes the offense come your way again because they think they can have success.  Seize that opportunity and change the outcome.

As I said,  this position thrives on confidence.  Confidence and competitive are brothers and they hang out a lot.  Defensive back,  specifically cornerback is one of the most competitive positions in sports.  Down after down it’s you and the wide receiver going at it to see who’s the best. If you don’t truly love to compete then you will lose the battles more times than not and it will cost your team plus you a starting spot.

Being competitive is not a sometimes thing either. Competitive people want to win at everything.  So this goes to the classroom, board games, pool, checkers, everything.  Season your competitive spirit by adopting a winning attitude anytime their is a score being kept.

Being able to make plays often requires anticipation.  Anticipation comes from having an idea of what might be coming.  Consistently being able to anticipate what a team or opponent will do next is what is called instincts in this game.

How do you get instincts?  You have to study history to understand what might come next. In football, history is film of previous games.  Study your opponent.  Find their tendencies and they ways that they give away their plays.  Study long enough and often enough and you will soon find yourself being a ball magnet.  When you study enough,  you move on the football field with a greater ease and often times in ways you probably really can’t explain.  You will start to see plays happening before they happen.  That will be a result of you being able to connect what’s happening in front of you to what you have seen on film many times and move to where you know the play and the players will end up.  Once that starts happening you will constantly be in on pass breakups, big hits and INTs.

So that’s it,  there is no magic potion to being a great DB.  It is a result of acquiring knowledge,  working hard and consistently doing the right things to develop your game.

The All Eyes DB Camp member’s area has a nice array of videos on drills and film breakdown to give you the instincts and competitive spirit you need to excel and playing defensive back. That will certainly satisfy the acquiring knowledge part of being successful as a DB.  If you want to be known as one of the bests at the position then access to the videos and tips is just the thing you need.

Feel free to share this video on your social media accounts. It may be of use to someone in your audience. Feel free to send any questions you may have to cwilson@alleyesdbcamp.com.