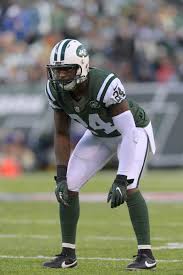 With the announcement of his retirement today,  it seemed only fitting to do this edition of the “Know Your DB History” on the man who had a term named after him,  Darrelle Revis.

As a high schooler at Alquippa High in Pennsylvania,  Revis played running back and defensive back.  He also returned kicks and threw the occasional touchdown pass. He was also an outstanding player on the school’s basketball team averaging 25 points per game and ran track.

Revis Island became a big thing in the mid 2000’s as Darrelle Revis made a name for himself locking down opposing NFL wide receivers and issuing them the poorest production games of the season.  For the casual fan,  it was not easy to see this kind of career coming for Revis as he exited the college game. There was little flashy about Revis’ game.  He was not flamboyant like Prime Time,  he did not pile up stats like Ed Reed and he did not play both ways like Charles Woodson.  However,  Revis was solid as a rock at what cornerbacks were being asked to do in his era and that was keep wide receivers away from the football.

In his college days at Pitt,  Revis,  who made an immediate impact was adept at tight coverage and the all important passes broken up.  Despite only eight interceptions in three years at Pitt,  Revis was a Thorpe Award and Bednarik Award candidate in his final season at Pitt.  Having accomplished quite a bit in a short amount of time,  Revis passed on his senior season at Pitt to enter the 2006 NFL draft.

With an impressive pre-draft process that saw him run a 4.38 forty at his pro day,  Revis was the first cornerback taken in the draft at number 14 overall.  The other cornerbacks taken in the first round that year (Leon Hall – Michigan and Aaron Ross – Texas) did not enjoy nearly the amount of success that Revis did.

Revis became a starter from game one with the Jets and proved his mettle early and often.  Soon opposing teams and quarterbacks recognized that throwing at Revis was a waste of time.  He racked up double digit PBUs in his first two seasons before piling up a ridiculous 31 of them in his 2009 season.  It was in that year that the term Revis Island was born.  He would go on to enjoy an 11 year career with five teams including two different stints with the Jets.

Along with a reputation for locking down receivers and batting down passes,  Revis developed a reputation for earning money.  Upon his retirement,  Revis is the highest paid defensive back of all time,  bringing in just over $124 million over his career.  This was due in large part to him willing to bet on himself with high one year guaranteed contracts and of course his ability to live up to the longer contracts he received.

If you are into stats then Revis was not your guy.  His 29 interceptions rank 225th all time with a ton of unmemorable names above him.  However,  in the era that he played in,  few if any covered receivers and took them out of the game like he did.  Now the debate begins as to whether or not he’s a first ballot hall of famer.  There is no doubt though that Darrelle Revis is one of the best cornerbacks to ever lace em up in the National Football League.